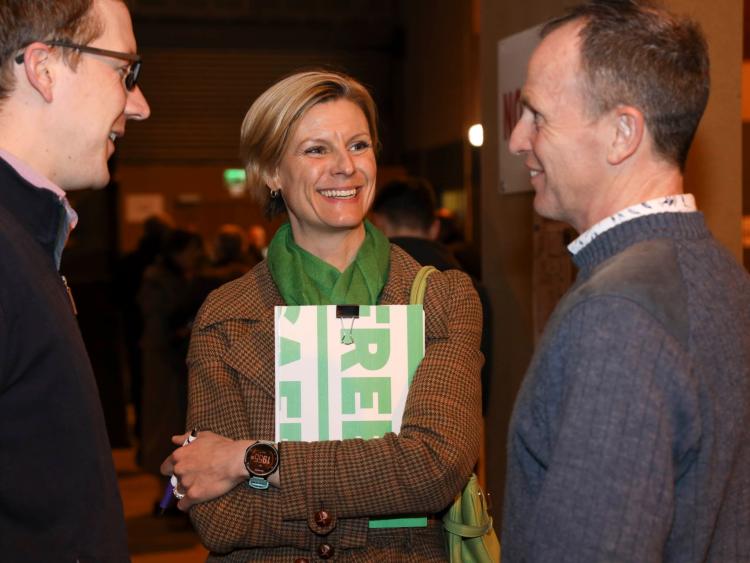 Pippa Hackett at the count centre on Sunday

A short campaign with just a tiny team still yielded impressive support for Green candidate Pippa Hackett, who felt that perhaps not enough ground was covered in the run up to the election to secure a better result.

“We’ve gone from 0.5 percent of the vote in Laois-Offaly to 5 percent so that’s a staggering achievement in a short time. We have a growing group here that wasn’t there before. It's onwards and upwards from here,” she said.
“On the whole the vibe was generally positive and we didn’t get around to enough places. We have really strong candidates in other parts who haven’t fared as well as expected.”

Although riding the 'Green wave' of more socially conscious public opinion, Ms Hackett said she thought the climate and biodiversity narrative had disappeared a little in the last few weeks before the election, especially with Sinn Féin pushing housing and more social issues to the fore.

But Ms Hackett it quick to point out that while climate issues are a global problem, they also have a very local angle.
“It’s about a mind shift change, that people value economically how we solve the problem rather than seeing it as cost,” said Ms Hackett, going on to criticse the country's current inaction.

“I don’t think Ireland is doing enough, we’re increasing our emissions as a country, we’re miles off that and it’s going to come back and kick us big time. It’s going to cost the taxpayer even more.”