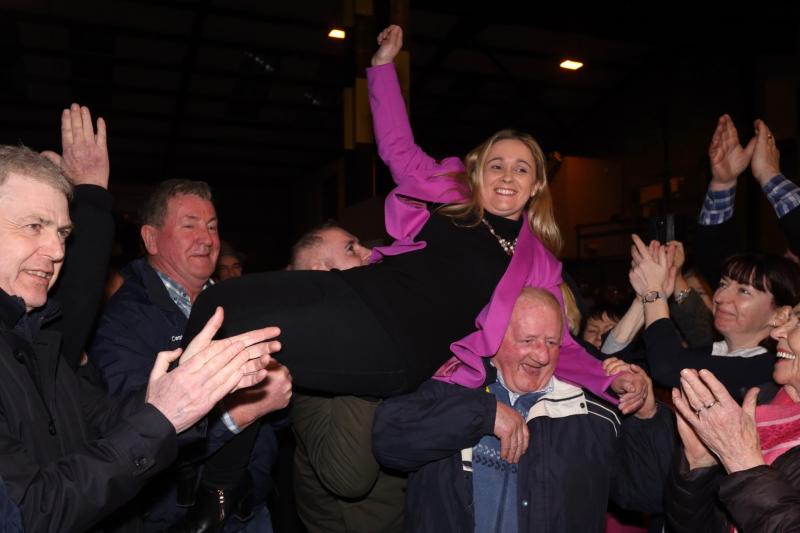 Both candidates were made to wait until the last count (the eleventh count) despite the outcome looking very clear from the final tally stage on Sunday morning.

Fleming was expected to take the second or third seat but Charlie Flanagan made hay from Marcella Corcoran Kennedy's transfers to take the bronze position.

Carol Nolan defied the bookies' odds but was in defiant form in the count centre on Monday, saying she didn't defy any odds and that political correspondents predicting her downfall simply hadn't done their homework.

That contention was borne out in the ballot boxes from early on Sunday when it was revealed Nolan was hoovering up votes right across the constituency, both in Offaly and Laois.

She won the day in places likes Clonaslee, held her own as far away as Emo and Stradbally and came out on top in the battle of South Offaly.

Leading that quartet early gave her an advantage and as the transfers, and particularly the surplus of her former party colleague in Sinn Féin, Brian Stanley, came through, she pulled clear. She wasn't for catching and actually gained significant ground on both Flanagan and Fleming before Flanagan's election on the tenth count.

She was first elected to the Dáil in 2016 as a surprise package for Sinn Féin but ultimately walked away from the party after being suspended by the party for her pro-life position on the abortion referendum passed by the country in 2018.

Putting together a team of 30, including 24 canvassers and a number of busy constituency clinics, Nolan borrowed her way under the radar by putting in the hours on the ground. Her vote came out on Saturday and put its faith in her for the new Dáil term.

Sean Fleming and Fianna Fail will be somewhat disappointed with their showing here with just two seats, the same number they won at the height of the crash in 2011. They had hoped to bring Peter Ormond with them to Leinster House but it was ultimately Ormond who helped Cowen over the threshold with almost 2,500 transfers on the eighth count.

If the Offaly Express reported 'Cowen in a canter' back in the 1980s about Brian, it was 'Cowen at a stumble' for brother Barry on this occasion.

Fleming was considered by many to be a poll-topper but all-comers were blown out of the water by Sinn Féin's Brian Stanley who surged clear and picked up votes all over Laois and in Offaly to win election on the first count with 16,654 votes.

It was an unprecedented result for what's largely considered a Fianna Fail stronghold in Laois-Offaly.

It was also a bloodbath for Fine Gael with Marcella Corcoran Kennedy losing her seat, the only outgoing TD to do so in this constituency. Again, her elimination was needed to put Charlie Flanagan back on the benches of Leinster House. Not winning a seat in Offaly for the first time since 1992 will be a sore point for the grassroots in Fine Gael when it comes to the post-mortems.

As it was nationally, it was Sinn Féin's election in Laois-Offaly while Carol Nolan will be delighted to have increased her vote without the party machine.

Pippa Hackett deserves an honourable mention in sixth place having transferred incredibly to overtake the likes of Ormond, Leahy and Marcella in the sprint to the finish. She will no doubt be back on a Laois-Offaly ticket in the years to come. 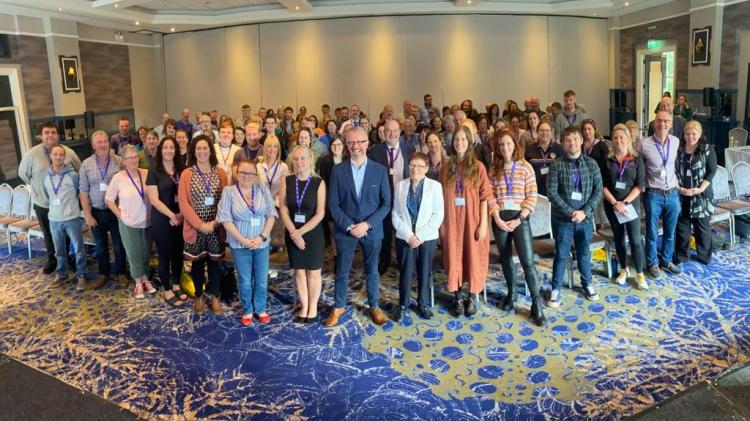 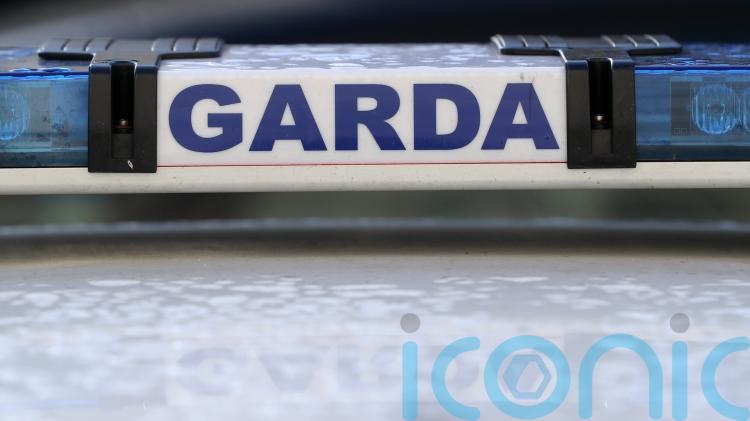