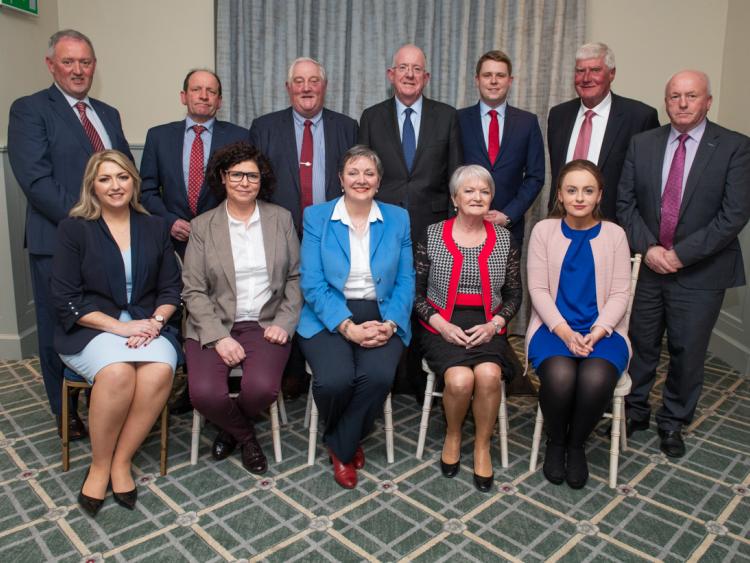 A target number of nine County Councillors was set by Justice Minister Charlie Flanagan at the launch of Fine Gael's local election team at the Abbeyleix Manor Hotel on Friday night.

Introducing the candidates, Minister Charlie Flanagan noted that the time for talking is over. "We have six current members of Laois County Council who have served with distinction. Our aim is to increase those numbers from six to nine. That's one in each district."

He noted that Portlaoise was one of the target gains as he introduced solicitor, Thomasina Connell.

"We will leave no stone unturned," he vowed.

He noted two factors going into the election - the quality of candidates and, that over the past five years, the Government had delivered in the constituency.

He also noted a distinction between this election and the previous local elections in 2014. "Water charges impacted negatively on us the last time. We don't have that on this occasion. The Dail voted against them, they are not an issue."

Deputy Marcella Corcoran Kennedy said that going into the campaign Fine Gael had a "tremendous story to tell."

"We solve problems. Fianna Fail has no policies. We have the best political team that is able to see off Fianna Fail, Sinn Fein, the anti-austerity alliance and anyone else who comes out of the woodwork."

Deputy Corcoran-Kennedy is seeking the party's nomination to run for the European elections in the Ireland South constituency this Sunday in Clonmel.