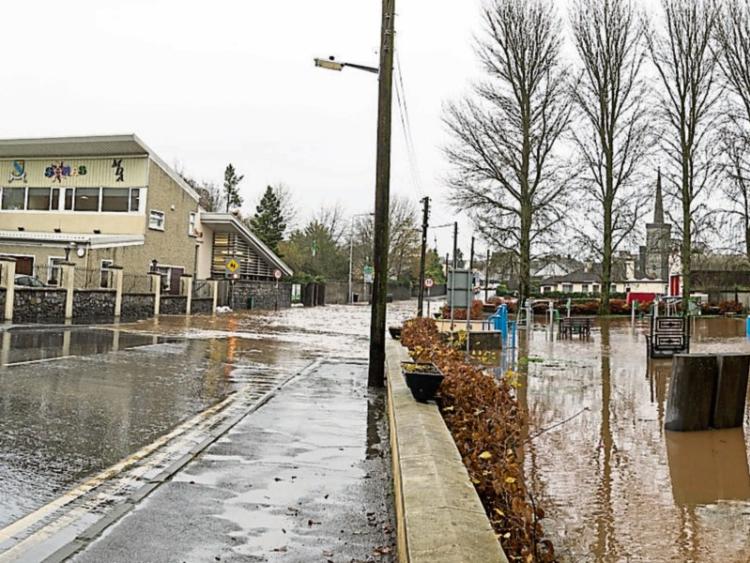 Flood defences and relief works must be a top priority according to Laois Sinn Féin local election candidate in the Borris-in-Ossory Mountmellick Municipal District.

Lorna Holohan Garry says many people in both Clonaslee and Mountmellick suffered enormously 18 months ago when their homes and businesses were flooded.

She said working with Brian Stanley TD, her party has been making continuous representations both to Laois County Council (LCC) and the Minister for the Office of Public Works (OPW) to have works carried out to alleviate and prevent flooding in Mountmellick and Clonaslee.

Working in conjunction with some of the residents worst affected, she claimed Sinn Féin has been making the case for water courses to be cleared, channels widened and blockages removed at river bridges.

She said extensive work has also been done to clear the network of feeder drains and streams that flow into the Owenass and Barrow Rivers.

However, she believed the job is incomplete.

"While this work has helped to prevent flooding, in particular during the wet spell of weather two months ago, further works are necessary. I intend working to have progress made regarding the €3.1m capital works planned for Mountmellick to construct flood barriers along the Owenass. I will also be prioritising the work promised on the Clodiagh and Gorragh Rivers in Clonaslee and which €400,000 is allocated for.

"Residents needs to have peace of mind and be not living in fear of been flooded again during wet winter weather,” said the first time candidate," she said.