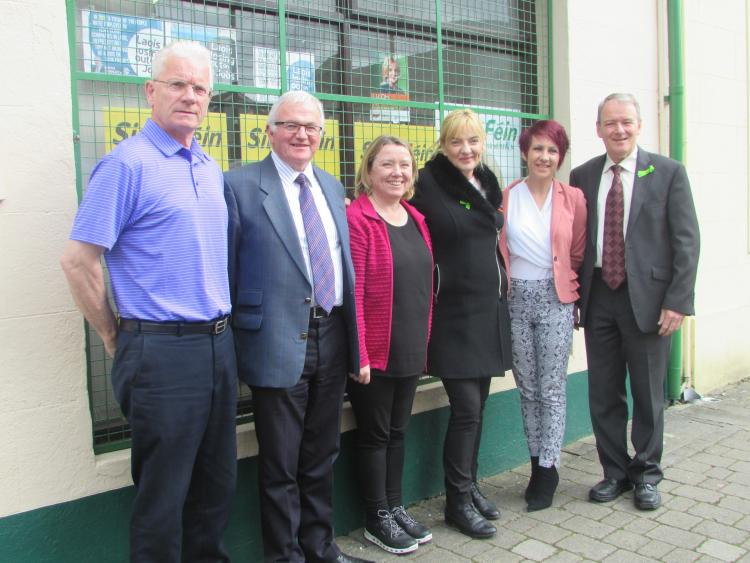 Sinn Féin's local election team in Laois is 'determined' to up its representation on Laois County Council and also intends to retain a European Parliament seat.

Sinn Féin launched County Council and EU elections for Laois in Portlaoise this week. The party wants to double its representation on Laois County Council (LCC) from two to four councillors and ensure that Liadh Ní Riada is re-elected as an MEP to the European Parliament.

The party says it is making a determined effort to strengthen its team on Laois County Council by getting two new councillors elected to join Cllrs Aidan Mullins and Caroline Dwane Stanley. It says both Aidan and Caroline are "diligent and effective full-time councillors".

Lorna Holohan Garry is campaigning in the Mountmellick/Borris in Ossory District, where Sinn Féin narrowly missed taking a seat in 2014. In the Portlaoise/Abbeyleix District, John Gormley from Abbeyleix is campaigning to take a second seat and join Cllr Dwane Stanley.

Sinn Féin says it is prioritising a range of issues the party has been active on in particular Portlaoise hospital, housing, road improvements, road safety, broadband, community policing and climate change.

Brian Stanley TD says the party must have a stronger voice in Laois.

“Doubling the number of Sinn Féin councillors to four would give us a stronger voice on the Council and enable us to have all parts of the county represented. Our existing two councillors work very closely with me, and we are determined to build further on our constituency and campaigning work,” he said.

Liadh Ní Riada is the Sinn Féin candidate in Laois for Europe due to the redrawing of the boundaries for the EU elections and the county's inclusion in ‘Ireland South’ constituency.

The party says the former presidential candidate has been an active and effective MEP since being elected in 2014 and has worked on a range of issues including education, agriculture and the environment.

"Liadh is a prominent advocate for Irish unity and ensured in March 2018 the EU Parliament passed a key resolution to support the Good Friday Agreement in the face of Brexit and to protect Irish interests,’’ said Deputy Stanley.

Matt Carthy won an MEP seat in the last European elections when Laois was part of the Midlands, North and West constituency.