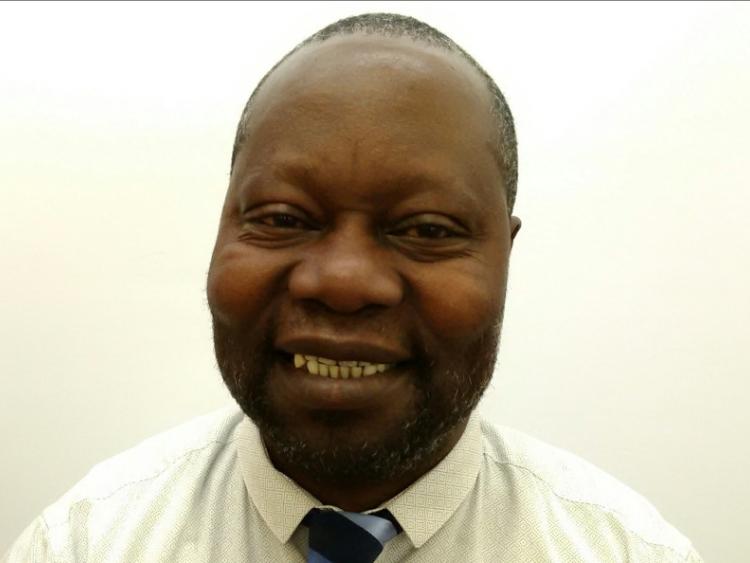 Independent candidate Timothy Adejumo has been described as a man of great intellect, experience and heart, receiving the endorsement of former Portlaoise Mayor, Rotimi Adebari in the forthcoming elections.

Originally from Nigeria, Mr Adejumo studied, worked and lived in Poland for over 20 years before relocating to Ireland in 2006. Timothy is deeply rooted in the local community and has been a member and volunteer with a range of community and voluntary organisations in Laois, including Laois Chamber of Commerce, Portlaoise Tidy Towns, Integrated Laois, Voices Across Cultures, and Supporting Unemployed in Laois.

He is a founding member of the Polish Society in Laois. He is fluent in four languages including Polish and has volunteered as translation interpreter with the Department of Social Protection and the courts for many years. Timothy also facilitates English language classes for non-native speakers in the community.

He also served as a director on the board of Portlaoise Community Action Project (PCAP).

He currently works a local bus driver on a daily Portlaoise to Cashel route.

Given the opportunity, Mr Adejumo said he would be a voice for collective issues and work with fellow public representatives to find solutions to issues such as the hospital status, housing, job creation and unemployment, services for our youth, anti social behaviour, the rejuvenation of Portlaoise Main Street, broadband services for rural areas, the environment, and integration and social inclusion.

Former mayor of Portlaoise, Rotimi Adebari described Mr Adejumo as a man of great intellect and wide experience with a big heart.

“A vote for him is a vote for a man that has a clear understanding of our issues and community challenges. I had the privilege of tapping into his intellect when I was the Mayor of Portlaoise and thereafter. I have no doubt that Timothy will do a good job, and, I hereby ask you to kindly give him your No. 1 vote,” said Mr Adebari.