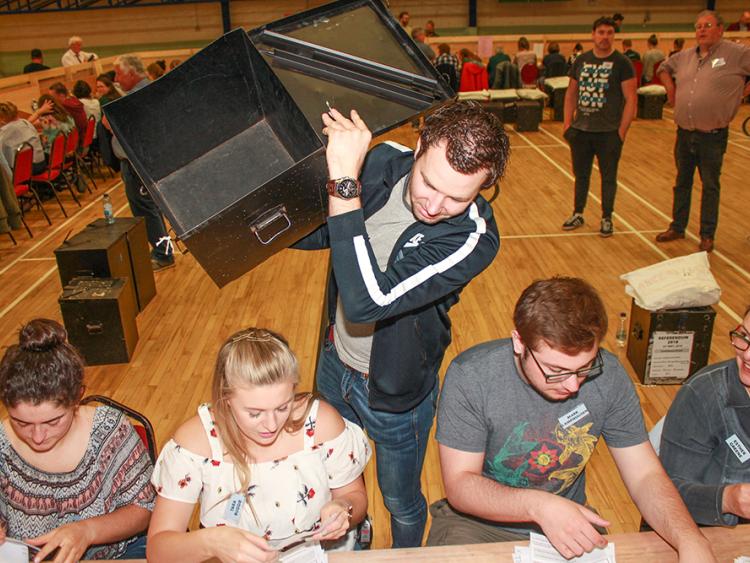 Fianna Fáil and Fine Gael look set to share most council seats while the Green Party has made a big impact in todays elections, especially in the European Parliament poll, according to the REDC exit poll for RTÉ and TG4.

The exit poll also reveals that 87% of voters are backing a yes vote in the divorce referendum change.

The two big parties each stand at 23% following the exit poll which surveyed 3,000 voters. Next up was Sinn Féin on 12% with Green Party coming in fourth at 9% of votes in the local elections.

Labour vote is stuck at 6% while up to 15% of voters are backing independents.

If the exit poll is replicated in Laois it is like to return a very similar county council as currently occupies seats in Laois County Council.

Support for the Greens is more notable in the European elections. In Dublin the Green Party's former TD Ciaran Cuffe looks set to top the poll with 23% of the vote.

Laois voters cast their European votes in Ireland south. The exit poll suggests that Fine Gael's Seán Kelly will be re-elected with  16% support. His running mates are not doing as well Deirdre Clune is on just 9% while her running mate Andrew Doyle at 4%.

Sitting Sinn Féin MEP Liadh Ni Riada is on 13%. Sheila Nunan of the Labour Party is on 3%.

The poll of the local elections and the divorce referendum come with a margin of error of 3%. RedC spoke voters at more than 150 polling stations.

Counting of votes gets underway on Saturday morning.