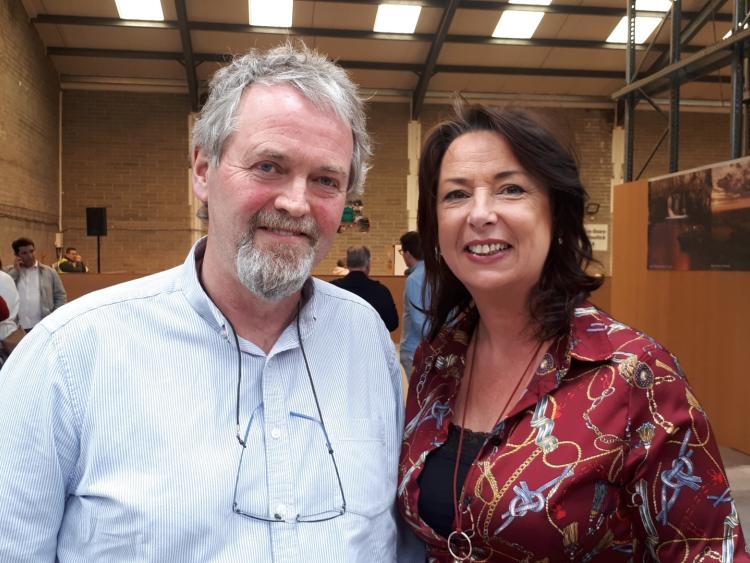 Pauline Madigan with her husband Gerry Flanagan at the count centre

A Fianna Fáil general election candidate for Laois believes she is still in with a chance of retaining her council seat in the Portlaoise Municipal District.

Carlow IT lecturer Pauline Madigan was co-opted into the late Jerry Lodge's council seat in June 2018.

She has 310 votes in the tally. Read the full Portlaoise Municipal District tally here.

Final count has started this Sunday with results not expected to be announced in Laois until this evening.

Have you tuned into our Live Blog on the Laois Elections? Get the news at it breaks here!

"It is pretty bruising. Initially I was disappointed, I'm not going to lie. But now I'm not giving up until it's over. I'm still hopeful. It's all down to transfers," she said.

Cllr Madigan is a candidate on the Fianna Fáil ticket for Laois Offaly, along with Sean Fleming and two Offaly candidates Barry Cowen and John Clendennen. Leader Micheál Martin had gone on the campaign trail with her.