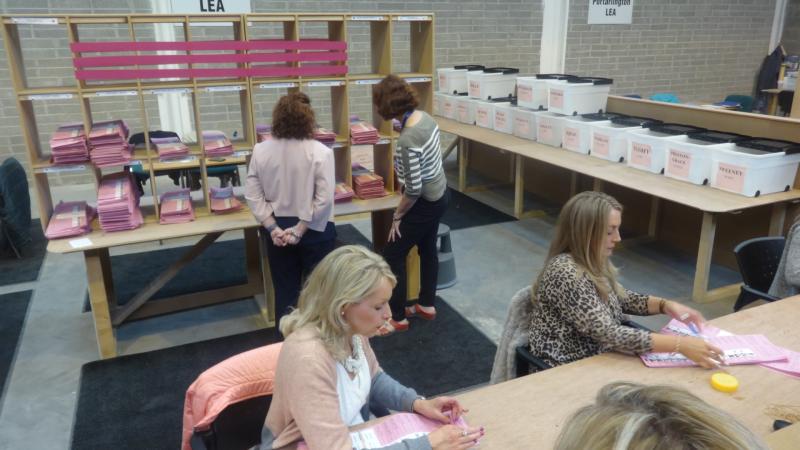 Counting gets underway at 10 am on Monday in Portlaoise with 12 of the 19 seats yet to be filled on Laois County Council.

Two seats remain to be filled in the Portarlington Graiguecullen Municipal District. Ben Brennan is likely to fill one while the last seat will come down to a contest between Labour's Eoin Barry and Aisling Moran of Fine Gael.

Ms Moran looks likely to retain the seat for her party as she has a cushion of more than 150 votes on the Labour man with just nine candidates in the field.

Meanwhile, Fine Gael, Fianna Fáil and Independent candidates are battling it out for the seventh seat with six of the outgoing councillors almost cettain to be returned in Portlaoise.

At the close of business on Monday morning, a Fine Gael candidate who ran in the 2016 General Election was in the driving seat to claim a Fianna Fáil seat on Laois County Council.

Meanwhile, just Paddy Bracken of Fianna Fáil, is the only one of the Mountmellick Borris-in-Ossory candidates to be returned. James Kelly, Ind, Seamus McDonald, FF, John King, FG, look certain to be re-elected.

Outgoing councillors Dave Goodwin, FG, and Brendan Phelan, Ind, look set to be in a titanic contest with Ollie Clooney, Ind, and Conor Bergin, FG, for the final two seats.