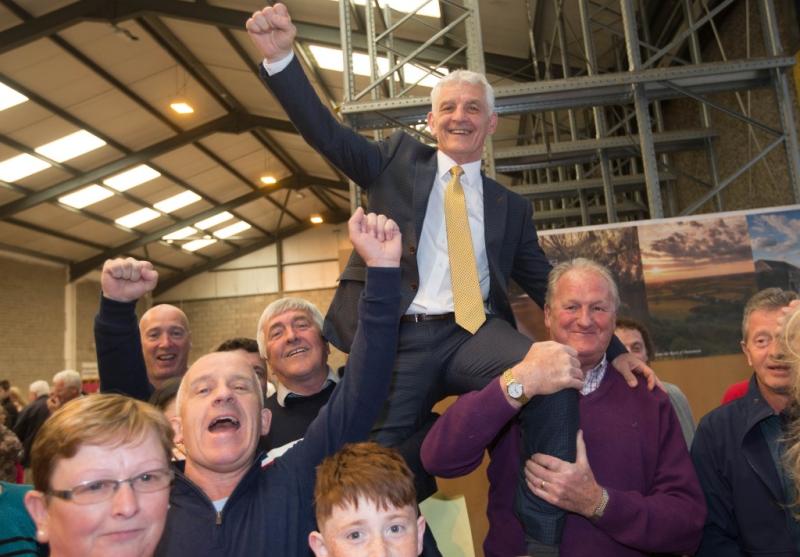 An independent Laois councillor who was one of the biggest election vote-getters intends to stick with a grouping made up of six Labour, Sinn Féin and the Labour members when the new council convenes.

In doing so, Cllr James Kelly says he accepts that this could once again see him missing on out key positions and the possibility that he could be Cathaoirleach of Laois County Council.

However, Cllr Kelly also believes he is expecting Fianna Fáil to a renew a power-sharing deal with Fine Gael albeit as the junior partner not dissimilar to the confidence and supply deal reached by FF at a national level.

He said he had held informal talks with the big parties. He indicated that offers had been made but that this would split the so-called technical group leaving the two Sinn Féin councillors out in the cold.

For its part, he said the technical group had made an offer to the six Fianna Fáil councillors to form an alliance. However, he did not expect this to be accepted. He claimed that they have already met and decided to continue to share power with Fine Gael. The big two struck a deal in 2014 when Fianna Fáil was the larger partner with eight seats.

As for Fine Gael, he believed their seven representatives would be meeting shortly and reach a decision by the end of the week.

Cllr Kelly, who topped the first preference poll in the Mountmellick Municipal District with 1,517 number ones, said the technical group had met and are at this point united.

He said he could be 'mercenary' about leaving the technical group but said he had given it some thought and 'to be fair to everybody' would be staying with the six.

Cllr Kelly feels that the big two parties may not entertain any alliance with Sinn Féin especially given the collapse of the SF vote nationally.

It needs just three to be the lead partner in a majority arrangement for the next five years. Without Cllr Kelly, it looks unlikely that they can do such a deal with independents and Cllr Noel Tuohy of the Labour Party.

There is an added complication in the Portarlington Graiguecullen district where two of the six seats are occupied by Sinn Féin's Aidan Mullins and Bren Brennan, Independent.

A sticking point for an FG led alliance with FF could be Cllr Ollie Clooney. Voters in the Durrow Cullohill area could feel slighted if he is left out in the cold due to the large number of votes the independent polled in that community.