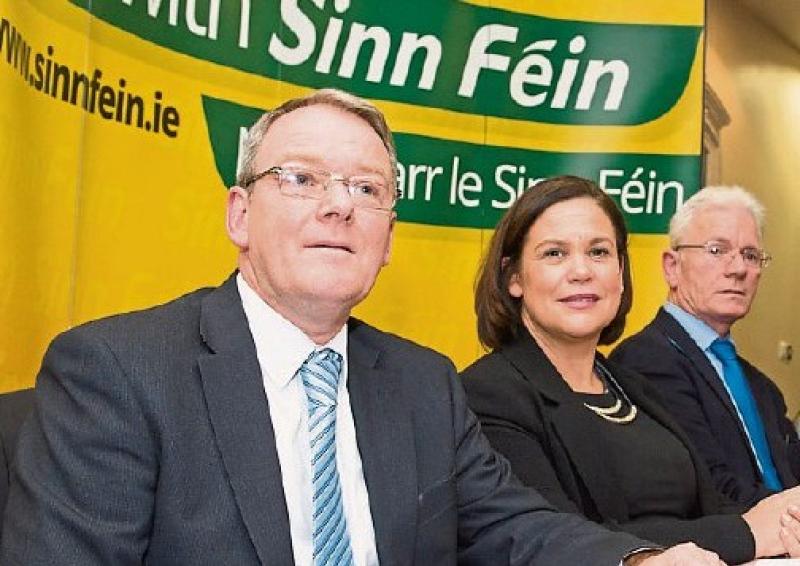 Laois Sinn Féin TD believes the future of his party leader is a matter for the membership of the party.

Speaking to the Leinster Express in the wake of the bad local election Brian Stanley said Mary Lou McDonald should stay as long as the party wants her too. He also thinks she should be given more time.

“When Gerry Adams was there people would say get rid of Gerry, something which I never went along with because it is up to the membership of a democratic party.

“Mary Lou is only a year in the job. She has had a number of challenges to deal with in the north and a whole range of issues.

“She is the one that is there and endorsed by the party and the only way that can be changed is by the party membership. I think she needs to be given a chance,” he said.

He believed that she and other party members and representatives must improve in one key area.

“I think all of us need to be a lot clearer and more forthright in our communications.

The TD was also adamant that last Friday's vote did not leave the party at a crossroads but was part of the ebb and flow of politics. He was also convinced that the election result did not represent a 'hammering'.

He said the party has achievement such as forcing the Brexit backstop onto the agenda. He said communication must improve to ensure the public is aware of what his part is doing.

“We have a communication job to do in terms of communicating our message better. We have to recalibrate our priorities,” he said.

Dep Stanley is facing a big battle to retain his Dáil seat at the next General Election. He claimed a seat from Fianna Fáil at the 2011 General Election with a substantial haul of Offaly votes. While the Laois Sinn Féin vote held up at the local elections, the Offaly vote collapsed.

Sinn Féin could lose two of its three MEPs.