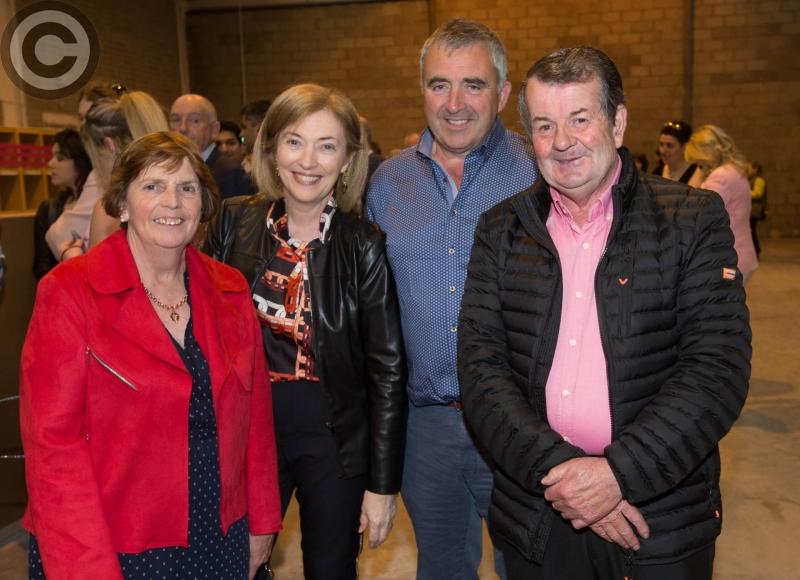 The Fine Gael Fianna Fáil coalition in Laois has been cemented with the surprise support of a new independent councillor on the first day of Laois County Council's five-year term.

As had been expected, Cllr Willie Aird of Fine Gael was elected council Cathaoirleach at the AGM when the new members convened in Portlaoise on Friday, June 7.  The Leas Cathaoirleach is Cllr John Joe Fennelly of Fianna Fáil.

Both were returned from the Portlaoise Municipal District in the local elections as the first and second candidates elected from Laois' most populated electoral area.

What was surprising about the vote was that the two parties won the support of the newly elected independent Cllr Ollie Clooney. His vote ensured a 14 to 4 vote in favour of the FF/FG ticket when the votes for the two big posts were taken.

The two Sinn Féin councillors and two other independents voted against. The Labour Party's Cllr Noel Tuohy was not present.

It had been speculated that Cllr Clooney would be part of the technical group after it emerged that Fianna Fáil and Fine Gael decided to form an alliance. Their combined votes of 13 meant they would have a comfortable majority.

Speaking to the Leinster Express after the AGM, Cllr Clooney said he supports the person he sees doing the best work.

Cllr Clooney success at the local elections was built on a massive vote in his Durrow / Culohill base. It is not yet clear if part of his support is dependent on him becoming Cathaoirleach over the next five years.

Meanwhile, member of the two big parties appears to have yielded some ground to the independents and Sinn Féin at the AGM. Committee positions were denied in 2014 when Fianna Fáil was the bigger party in the coalition. It now appears that the new alliance is prepared to show some compromise.

Fianna Fáil councillor Paschal McEvoy has made way for Cllr Aidan Mullins for a position on the Portarlington Enterprise Centre board.

Fine Gael has a majority of seats on Laois County Council with seven councillors with Fianna Fáil slipping back to six seats.