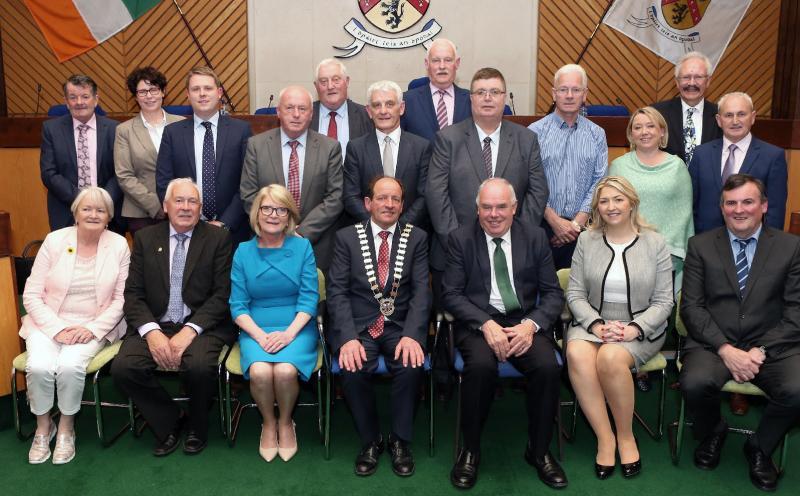 The Fine Gael Fianna Fáil alliance in Laois has yielded more plum jobs in the wake of the local elections which led to the parties renewing a coalition deal.

Newly elected county councillors met in Portlaoise for the Annual General Meetings of the Municipal Districts held on Monday morning to elected their Cathaoirleach's and Leas Cathaoirleach.

A Municipal District Cathaoirleach earns more than €6,000 extra on top of the regular annual allowances and expenses.

Cllr Paschal McEvoy (FF) was returned as Cathaoirleach of the Graiguecullen/Portarlington Municipal District. The Leas-Cathaoirleach will be Cllr Tom Mulhall (FG). There are six councillors in the district.

The alliance of 13 councillors, with Fine Gael holding seven seats, ensures that the big two parties will hold the positions in the municipal districts for the next five years.

The coalition will also see FF and FG sharing out the top job as Cathaoirleach of Laois County Council for the next five years.

Having control of the council has also yielded the lion's share committee memberships to FG and FF councillors returned by Laois voters at the May local elections.

The alliance is a continuation of an arrangement which ran from 2014 to 2019 when Fianna Fáil was in the driving seat.