Electric Picnic '05: Take a look at where it all began 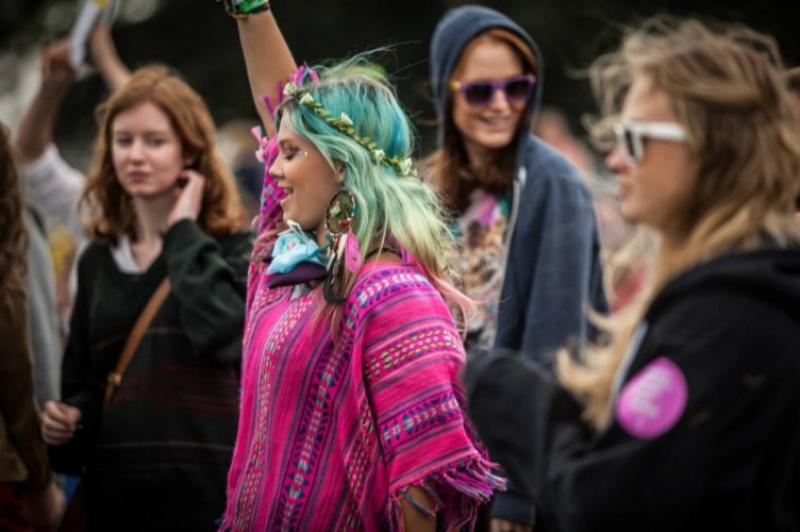 Electric Picnic '05: Take a look at where it all began

Electric Picnic '05 is regarded by many as the original festival, but in fact 2004 was the year it all began. It started as one day event for 10,000 people on a gloriously sunny September Saturday.

In 2005 the picnic returned to become the glorious weekend event we all know and love with camping from 3rd – 5th September. A first at this year’s picnic was the recording of a documentary, directed by Nick Ryan, which aired in July 2006, showing “Electric Picnic: The Documentary” which followed performances and included interviews with musicians and comedians.

Take a look at the first Electric Picnic acts poster: 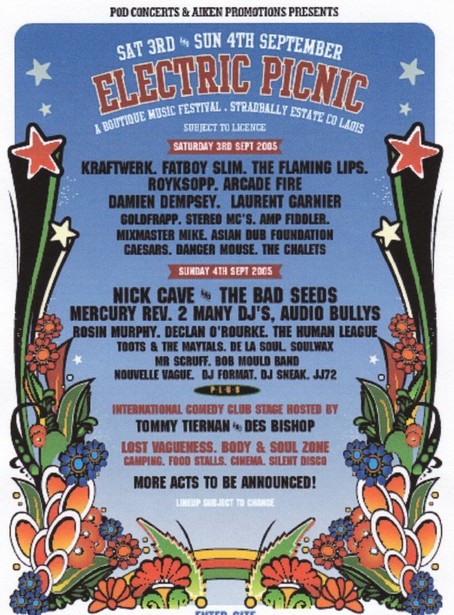 The ticket holders this year were smitten with the line-up at the festival of ’05.

Fatboy Slim wowed the audience with their incredible lighting display, the legendary Kraftwerk mesmerised picnickers with their performance which culminated in a robotic encore.

Other artists such as Goldfrapp, Public Enemy, De La Soul and The Human League proved favourites. EP 2005 will always and forever be remembered for the performance given by Arcade Fire which came just before they became mega  successful.

So good they returned a few years later.

Comedy at the festival included laugh out loud shows from Tommy Tiernan and Des Bishop, keeping it amusing throughout the weekend.

“The 2005 incarnation of Electric Picnic boasted a very solid line-up, with the likes of Fatboy Slim, The Flaming Lips, Kraftwerk and LCD Soundsystem all on hand to play the Stradbally festival but it was Arcade Fire which will perhaps be remembered as having the single most memorable performance in the long history of the festival.” - Entertainment.ie

“Simply put it was the best festival I've ever been to.” -Cluas