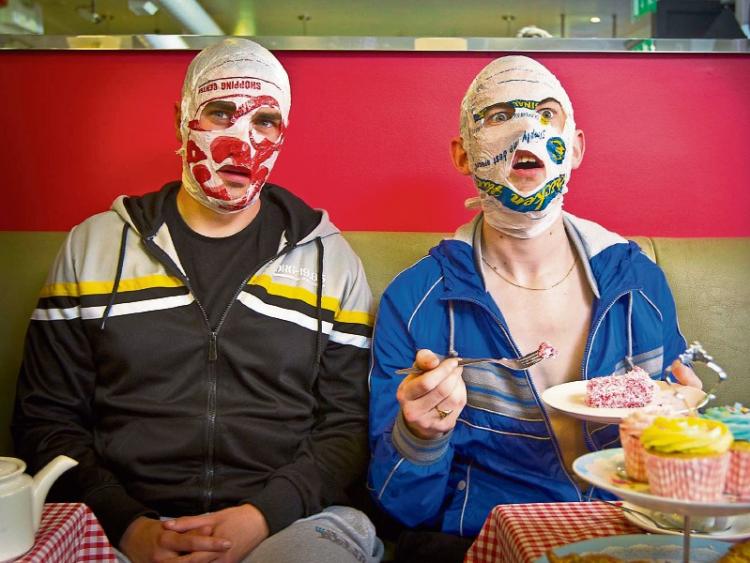 Blindboy Boatclub and Mr Chrome of the Rubberbandits

The Rubberbandits and Miriam O'Cllaghan are among the big stars to feature at MindField – Electric Picnic’s thinking space.

In partnership with Creative Ireland, the five year initiative to place creativity and the centre of public policy, MindField has this year threaded through its programme, a host of events and moments that reflect on and explore the nature of creativity here in Ireland and internationally.

The aim is to look at how the people behind that art and culture in all its forms help nourish society and keep the Barbarians from the gates.

There will be tough questions, inspiring answers, heated debate, huge laughs, provocative ideas, heart-breaking poetry, magnificent speeches, mind-blowing science, transcendent theatre, soaring literature and much, much more all set among the trees of the MindField arena with its top class food and drinks stalls and Theatre of Food itself. A true feast for the senses.

The Leviathan Stage introduces a new format called ILLUMINATE! hosted by one of our sharpest provocateurs, Blindboy Boatclub of the Rubberbandits, in which some of Ireland’s leading artists give illustrated insights into their creative process and influences, including the team behindRIOT! the smash-hit cabaret; Lorna Ross of Fjordnet; artist, Blaise Smith RHA; designer Annie Atkins; actor, Clare Dunne; and chef, Kevin Thorntonamong others.

Fergal Keane, the author and legendary BBC foreign correspondent, hosts another new show called My Secret Planet – a cross between the radio classics Desert Island Discs and On the Psychiatrist’s Couch that roots out the cultural influences in interviews with some of the Picnic’s most fascinating artists.

The ever-popular Soundings live podcast of intriguing chats and tunes returns hosted by Lisa Hannigan and Dylan Haskins, featuring Saint Sisterand special guests. Hot off the heels of his triumph at the Galway International Film Fleadh, musician and film maker Nick Kelly presents a pre-premiere of his award-winning film The Drummer and the Keeper.

Broadcaster, Miriam O’Callaghan and comedian, Al Porter team up for Miriam and Al’s Sunday Brunch – a heavy-headed, light-hearted review of the Sunday papers with special guests and music. Blindboy Boatclub will also be in the chair for two new hard-hitting FACTION debates on politics and the media with war correspondent, Shona Murray, economist, David McWilliams and others; which aim to burn fake news and explore how good, evidence-based information can help make better decisions.

The Science Gallery Stage: Now part of a major pioneering international network of spaces where science meets the arts, Science Gallery Dublin returns to MindField hot on the heels of its record-breaking Sound Check exhibit. Join the SG team once again for a mind-bending blitz of short, sharp talks on science, technology and art. From experts in artificial intelligence to artists designing solutions to climate change, MindField will play host to discussions on the topics shaping our world, that cross boundaries and come together at Science Gallery, where ideas collide.  Coder Dojo will also have daily creative workshops for young people in coding, gaming and music making.

The Theatre Stage: This year’s stage, in association with Dublin Theatre Festival, will feature a fresh and fiery mix of theatre, comedy, slam poetry and Irish dancing that gets under the muddy skin of millennial Ireland. It’s all about having an experience, finding and losing yourself (and all your mates), meeting the one you Tinder-matched with in Jimi Hendrix and maybe having a jig too.

By night, the Theatre Stage plays host to an amazing mental health-oriented programme assembled by A Lust for Life – Pieta House, winners of the 2016 Social Entrepreneurs Award, together with the Wall of Sound installation in the heart of the MindField arena.