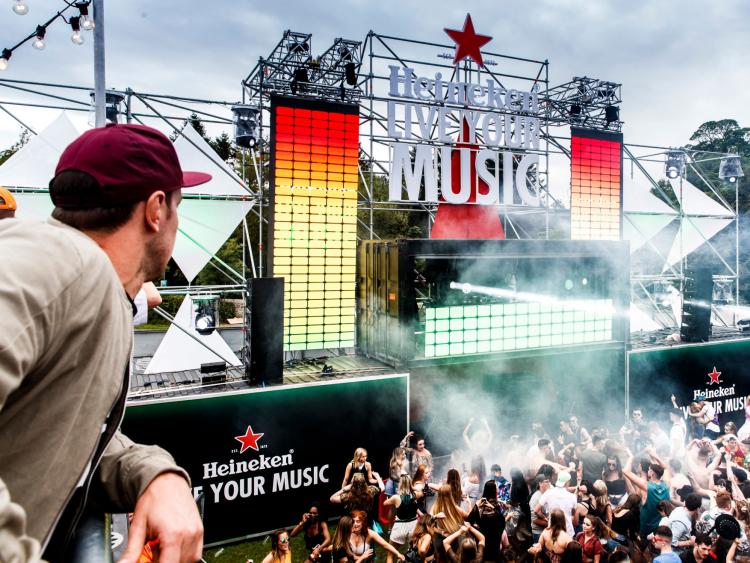 Heineken® has announced its stage times for the debut of Heineken® Live Your Music at Electric Picnic 2017, where the power of the music is put in festival-goers hands.

Taking inspiration from the greatest clubs and arena experiences around the world, the fully-responsive Live Your Music space will host Electric Picnic’s first-ever 360 degree lighting rig, along with CO2 cannons and over 20 DJs and MCs - all powered by the crowd.

A sizeable line-up of local and international DJ and MC talent will perform at the Live Your Music space across the weekend, to entertain festival-goers as they unleash their energy. The line-up includes Friday night headliner, Belgian DJ and producer The Magician, whose remix of Lykke Li’s ‘I Follow Rivers’ is one of the biggest dance tunes of the decade. The Friday line-up is rounded out with sets from Lui Rwego, Betty Jimenez, NANCY and Lo-Cutz.

Saturday’s line-up is led by British DJ duo Tough Love, who are fresh off the back of hosting their own ‘Get Twisted’ label parties in Ibiza this summer. Tough Love will be supported by Claire Beck, Lui Rwego and Mona Lxsa, while Davey B will also help the crowd unleash the power of Live Your Music all day and into the night.

Throughout the weekend, the custom built Heineken® Starmometer will gauge the crowd’s energy by tracking noise levels, body movement and heat. Every beat, pulse and move made by the crowd will generate energy peaks that unlock a series of epic surprises to create the ultimate Live Your Music moment. State-of-the-art visuals will be curated live and screened in real time with the crowd centre stage in the Live Your Music space.

Join the crowd and sign up for exclusive experiences at: