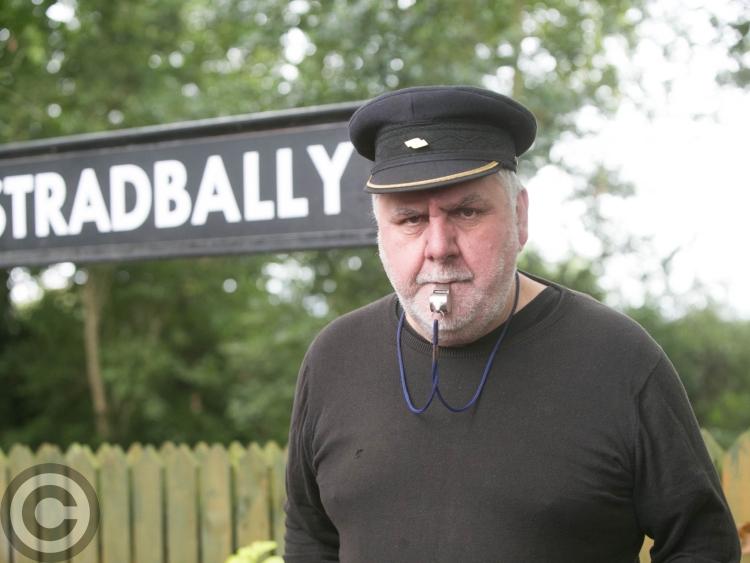 The Stradbally estate ahead of the arrival of the many headliners The XX, A Tribe Called Quest, Pete Tong presents Ibiza Classics performed by the Heritage Orchestra, Duran Duran, Elbow, Chaka Khan, Phoenix and Interpol, this weekend.

The old steam train rumbled up to the platform at the Stradbally Woodland Railway (the oldest in Ireland) for the first leg of the journey. With a whistle and a hiss the old locomotive took off on a historic ride around the site for the first behind the scene glimpse of this year’s festival. 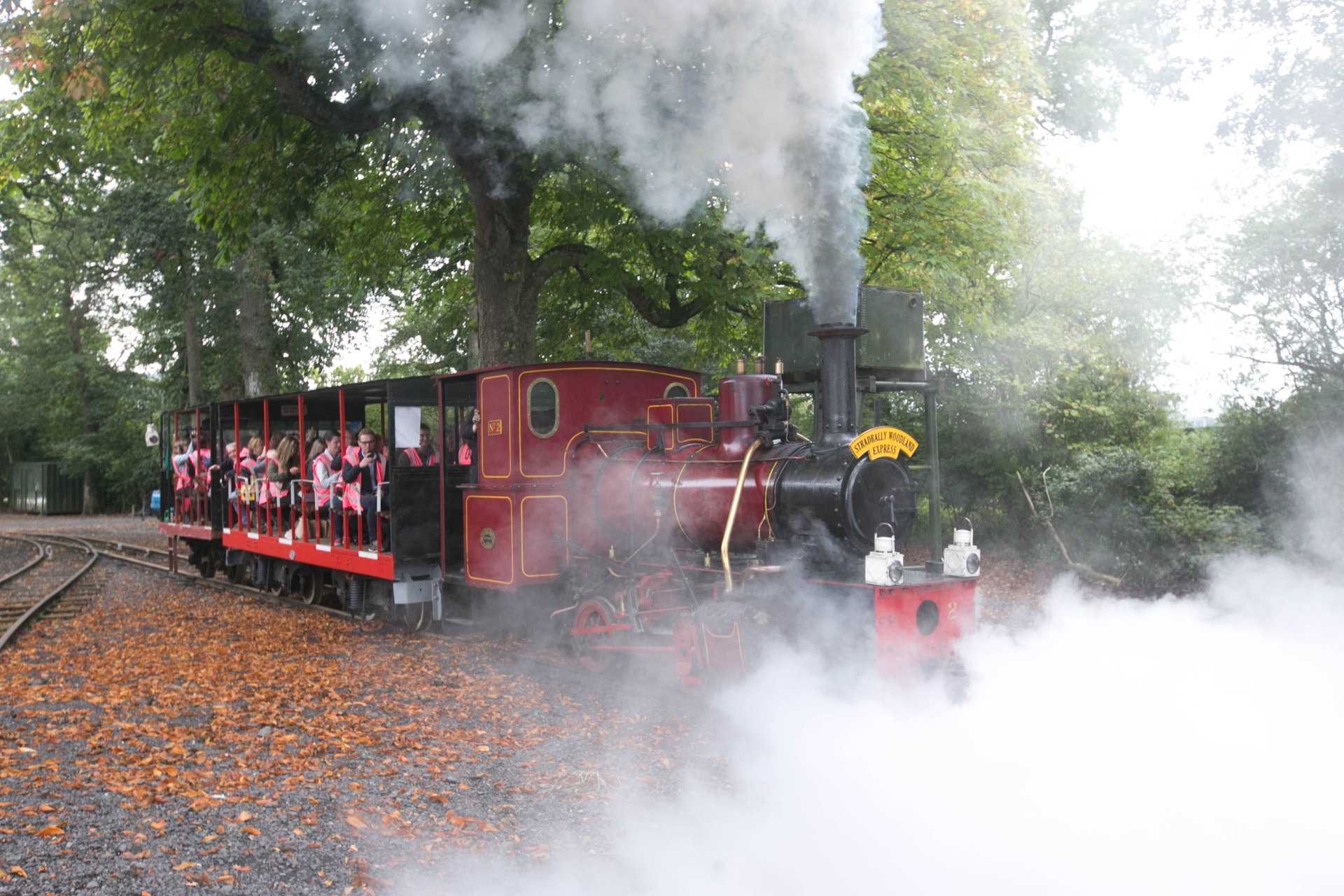 The second stop off was at the wrecked carcass of The Salty Dog Stage…That’s right! To mark the 10th-ish anniversary this year,The Salty Dog will find itself centrepiece to a bustling and grimy port - a whole new two-storey structure hewn from stolen timber and given a lick of paint. '

Shiver Me Timbers' will be a red-light troupe involving some waggling of booty to the fiddle and tin whistle; a beardy cast of hags and growlers will mend fishing nets, smoke fish, swig porter and pickpocket passers-by. Purveyors of bawdy theatre and a grimy dose of portside commerce will complete the streetscape, to the sound of unkempt souls croaking sea shanties to no one in particular. And that is just the harbour. 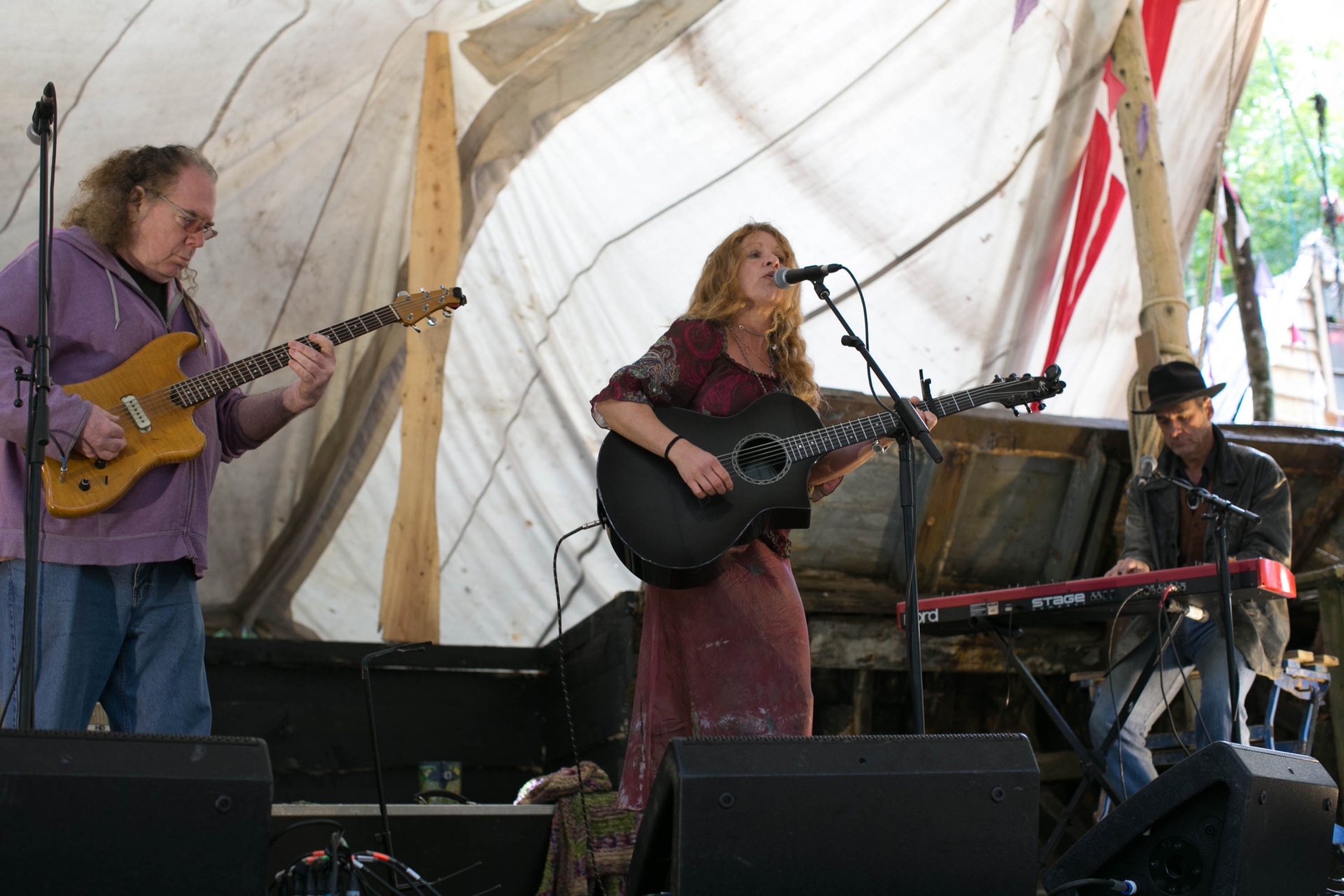 And on the deck of the punk-lady herself? A beautiful concert by Malibu Mermaid Mairead – and her band of merry pirates– Irish born Mairead, fresh from a 20 year sojourn in LA, having toured alongside such luminaries as Van Morrison, Natalie Merchant, Elvis Costello, Tracy Chapman and Bob Dylan, will celebrate the global launch of her new album at a very special midnight performance on The Hazel Wood stage on Friday. 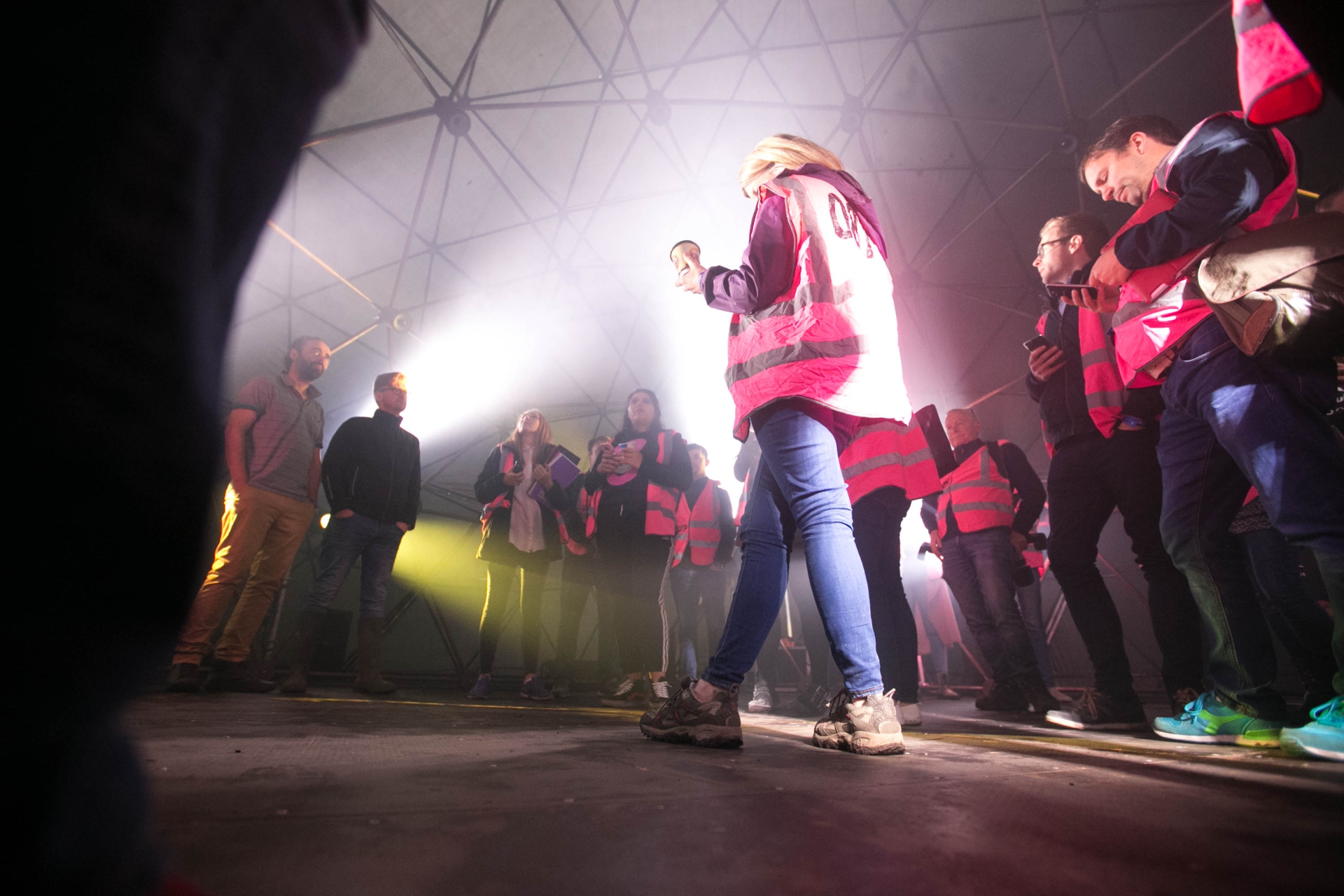 As always the Picnic provokes thought and challenge the intellectual, after all it is Electric Picnic!!! Delving deeper into the forest we experienced A World’s First Listening Experience at Red Bull SOUNDOME. Integrated into the hubs of a precision-engineered steel geodesic dome are 42 perfectly-calibrated speakers that deliver a complete ambisonic environment.  Feel the sound move around the Soundome and deliver the kinetic force of sub woofers from beneath your feet.  This is a whole-body sonic trip like no other. 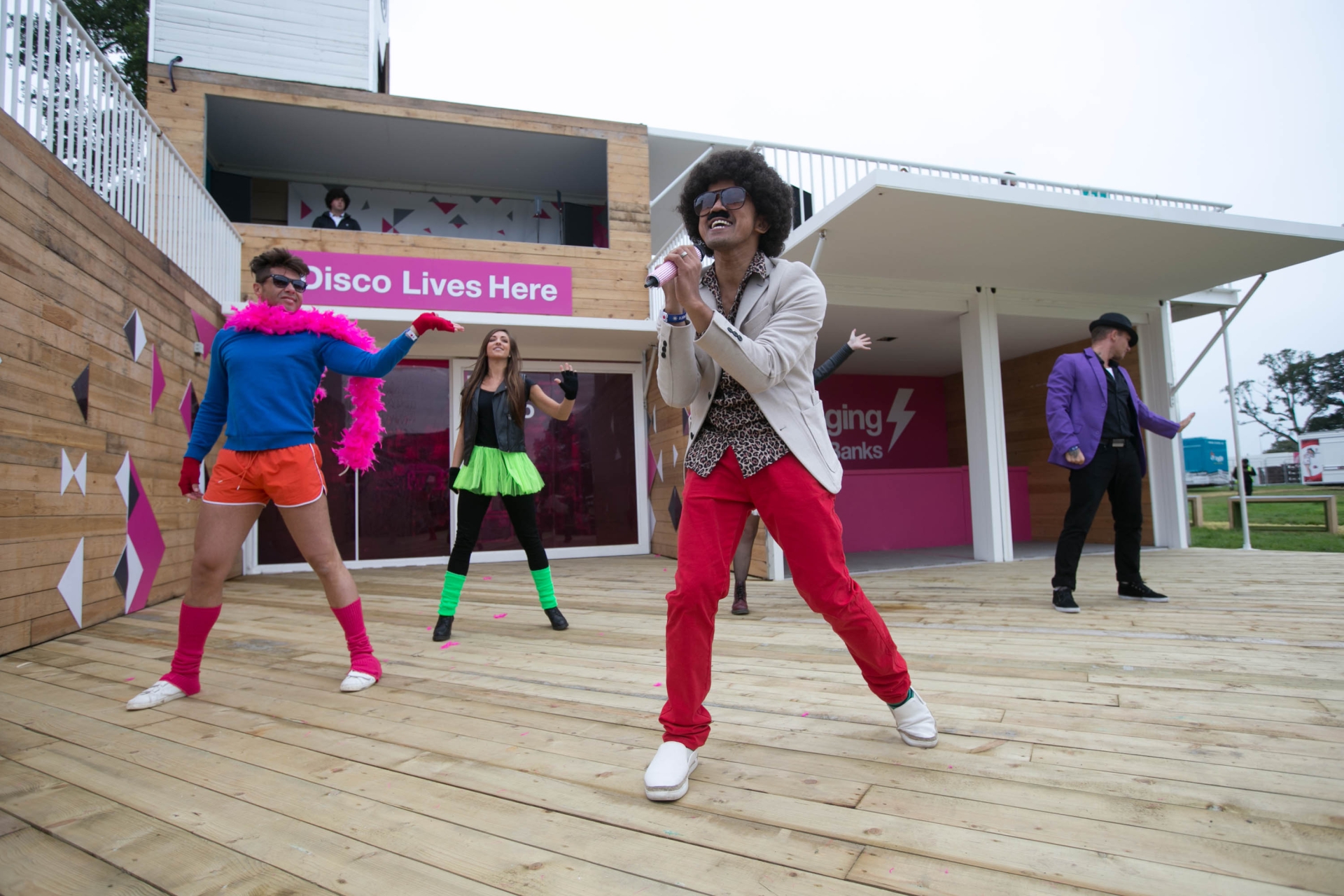 Music lovers had the chance to unleash their inner disco diva and own the dancefloor as we travelled to the 3Disco for the ultimate ‘Lip Sync Legends ‘The Showdown’’. Hosted by #3Disco resident DJ, Marcus O’Laoire, a battle ensued to be crowned Lip Sync Legend.  Three is set to recharge and light-up the dancefloor at this year’s festival by bringing #3Disco to life at Stradbally, connecting festival-goers to the ultimate disco experience.

At the Main Stage we heard from one of Ireland’s hottest bands. Chasing Abbey has just signed a global record deal and won this year’s 2fm Play the Picnic. Their debut single, That Good Thing made the band the most listened to unsigned Irish act on Irish radio with over half a million streams on Spotify. 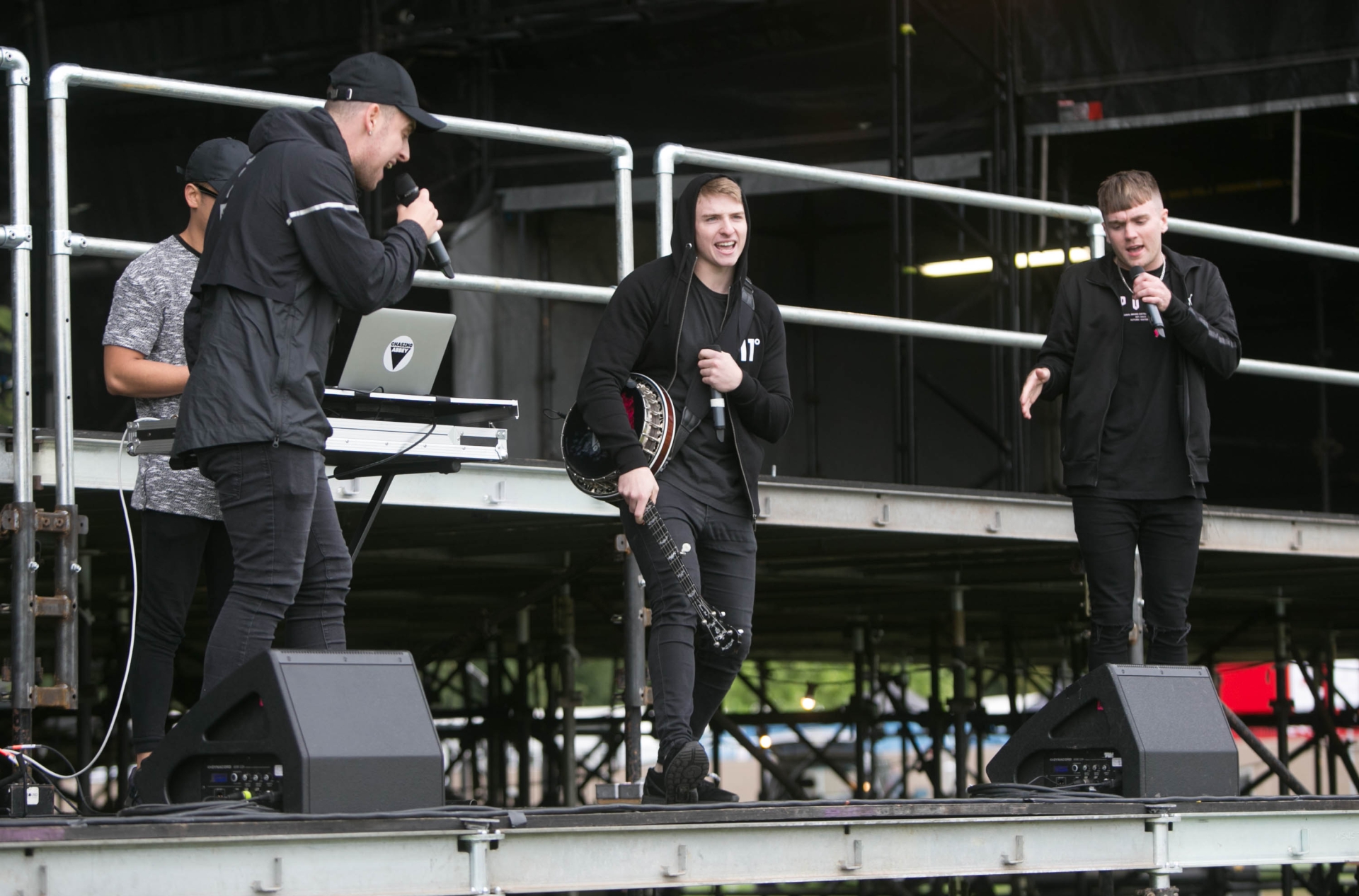 Chasing Abbey heralded the arrival of Festival Director Melvin Benn to centre stage to share his thoughts and visions for Electric Picnic now and in the future.

Then it was off to Picnic’s hidden food gem ………The Hot House in Trailer Park passing by the Mad De-Programming Machine, which has now subsumed into its dystopian arsenal - an upcycled double decker London bus. This will house a vast engine room, manned by an army of knob-twiddlers, working to the instruction of its new roof-top detection system and quasi-evangelical Overload Police. Expect dry ice. 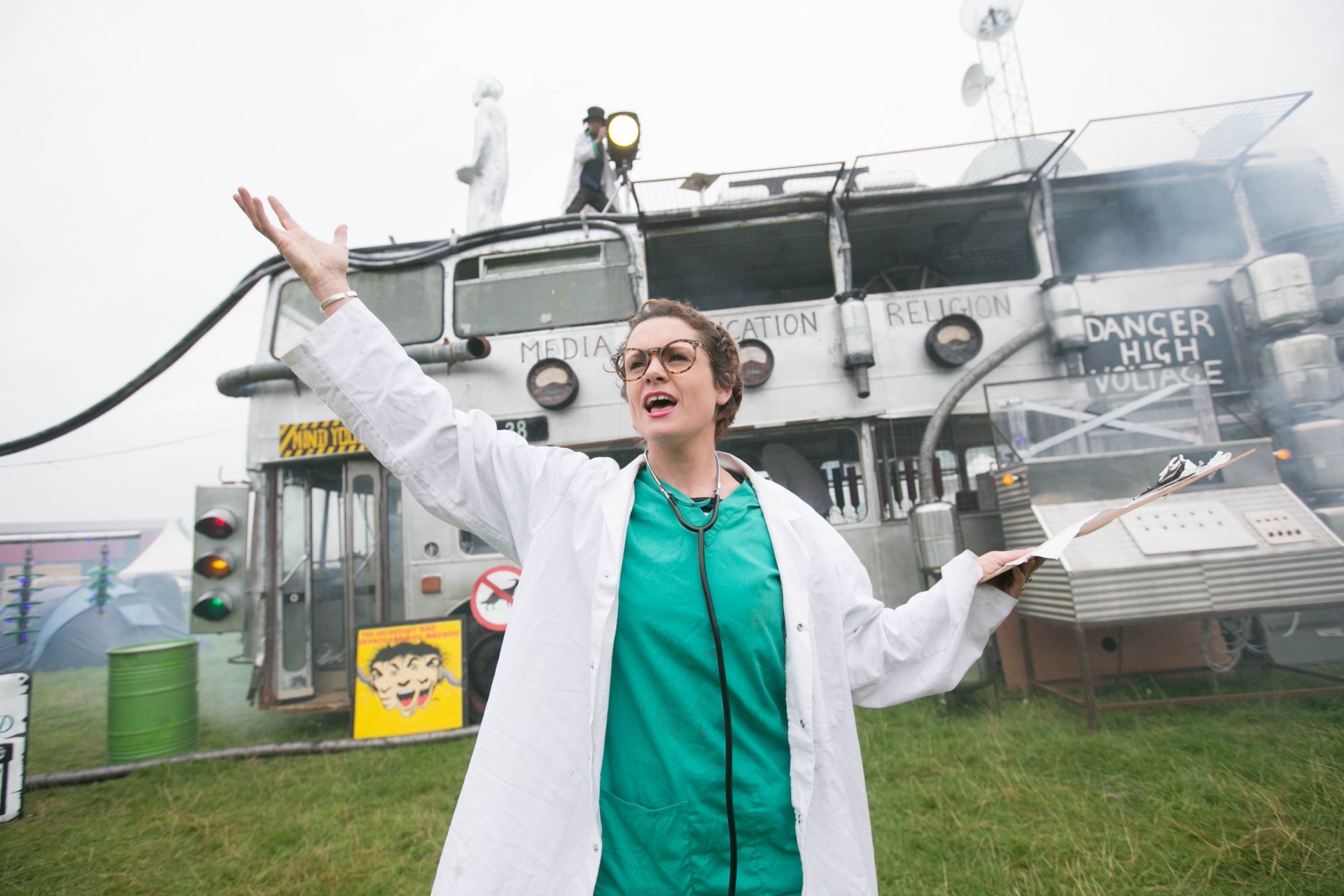 Finally The Hot House revealed an invigorating and mouth-watering prospect, brand new to Electric Picnic: a restaurant with full service, housed inside a giant poly-tunnel, dressed by Europe’s most incredible salvage brokers The Store Yard and featuring 8 of Ireland’s most exciting chefs and makers….Whether halloumi from Cork, lobster from Mayo, or cake from Diva, this is the future of food and it comes in style. 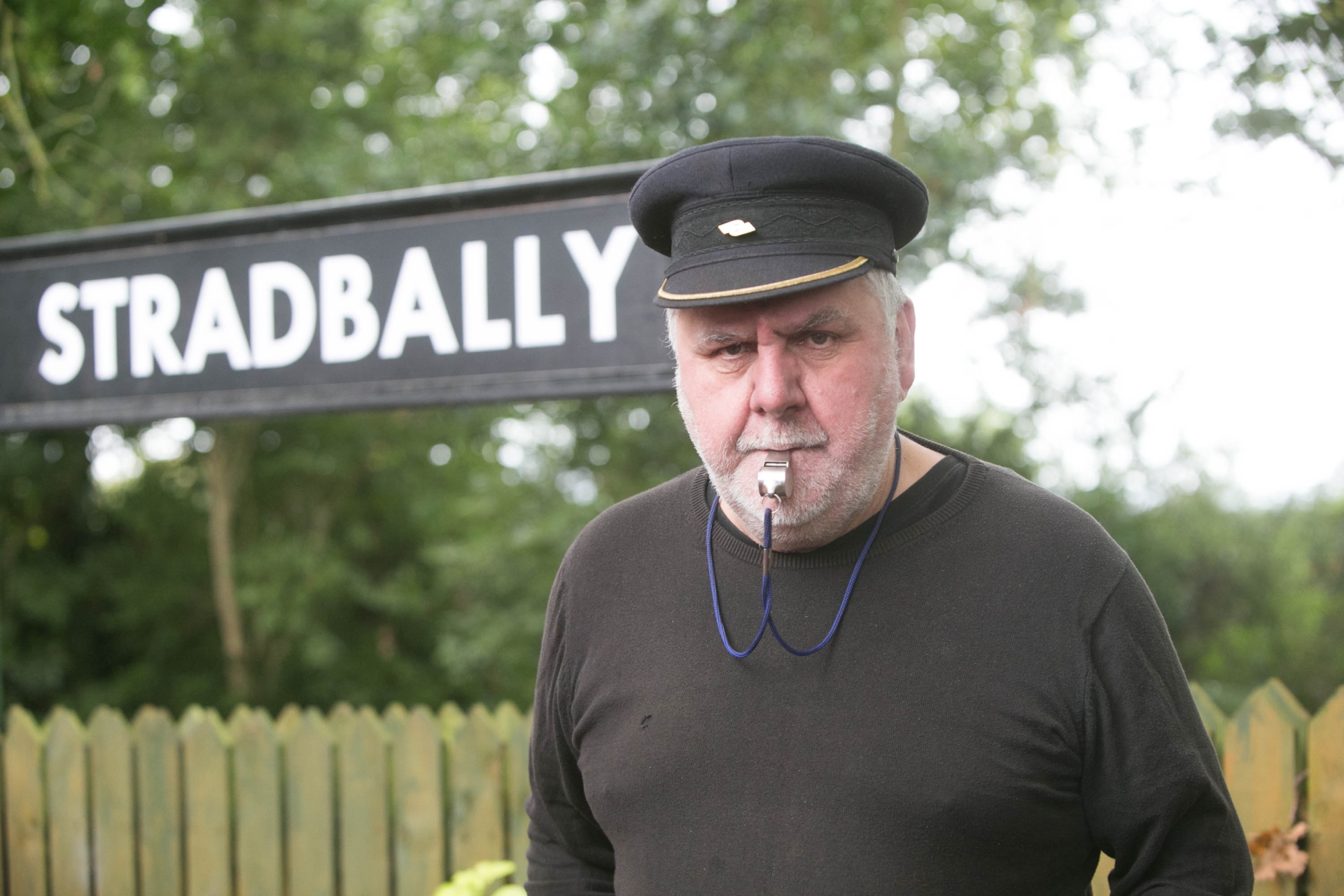