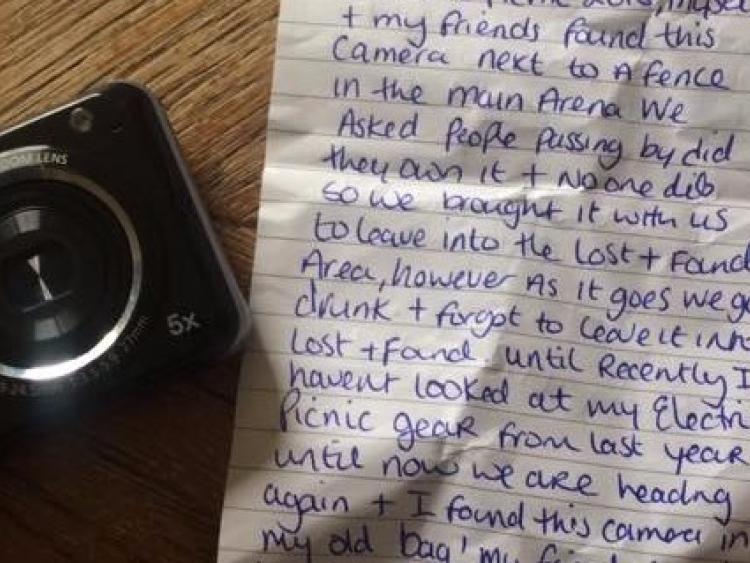 There has been an Electric Picnic miracle in Laois this week.

A local lady, Serena Donovan, lost her camera with all of her brilliant pictures from the weekend at the festival in 2016.

An act of kindness from a stranger has meant Serena has been reunited with her camera just in time for this years festival.

The stranger found the camera in their festival gear this week as they prepared for another journey to Laois and came across the camera which they had forgotten about.

Someone recognised Eugene Deegan from his barbers in Portlaoise in one of the photos and dropped it off there along with the note pictured below explaining the situation.

"My friend recognised the owners of this barbers in the photos so I said I would return it to yourself." 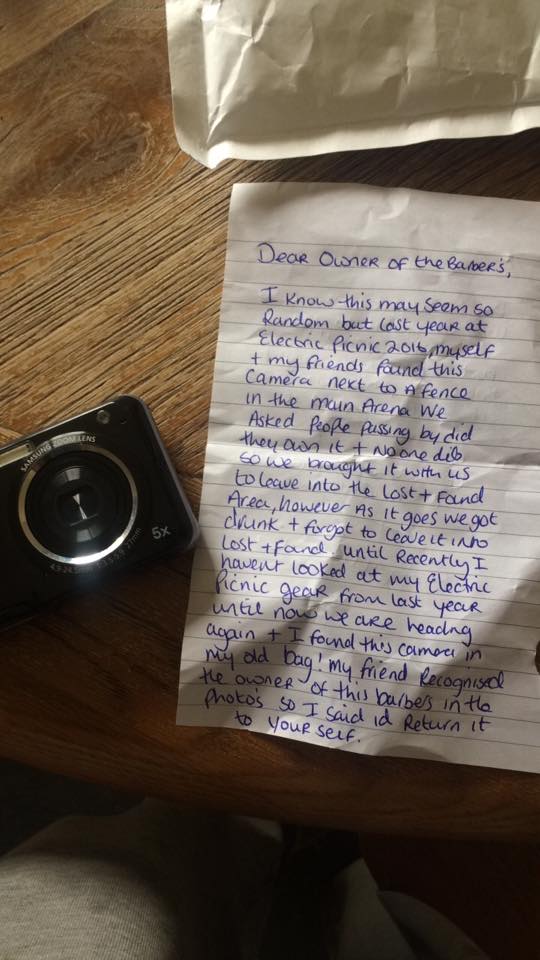 This is a fantastic act of kindness even if it is a year later, better late than never!

Thanks to Gary Deegan for sharing the story on Facebook.