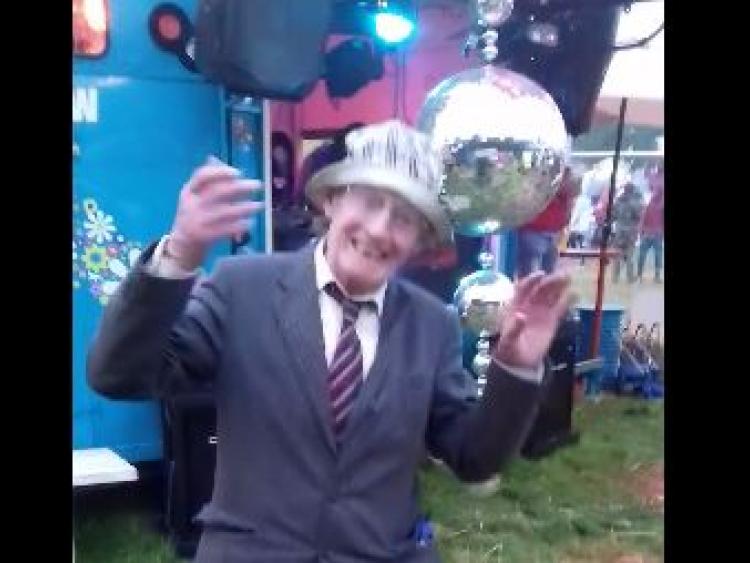 Oh the beauty of Electric Picnic!

A well-known and respected Stradbally man was among thousands who enjoyed a dance at the festival last weekend.

Dick Dillon got his dancing shoes on and his daughter Rose-ann was on hand to film the brilliant moment that captures the essence of the Picnic at its best.

Dick is 82 years young and was busting some fantastic moves to Wham's 'Wake Me Up Before You Go Go' beside a disco ball that really set the scene.

Rose-ann shared the video on Facebook and said "Safe to say someone enjoyed the picnic".

Dick has received a great reaction online with many praising him saying "age is just a number" and "a great man with a great character".

Fair play Dick, you would put many youngsters to shame, keep on rocking!

Thanks to Daithi Hewitt for sending this in to the Leinster Express.