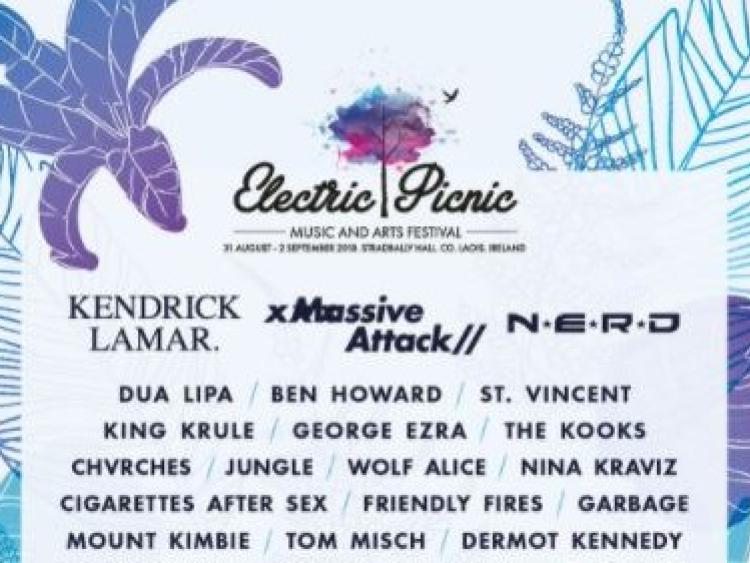 Festival goers around the country are reacting to the Electric Picnic 2018 line up today.

Kendrick Lamar, Massive Attack, NERD and Dua Lipa have been announced as some of the top acts.

BREAKING: The Electric Picnic 2018 line up is HERE.

Kicking off proceedings and guaranteed to turn Stradbally Hall into ‘m.A.A.d city’ is the Compton-rapper and proud owner of five GRAMMY Awards, Kendrick Lamar. He’ll deliver an unstoppable set, packed with hits from his widely acclaimed 2017 album, ‘DAMN’.

Returning to the festival for a third time, Massive Attack will treat Picnickers to their atmospheric back catalogue of hits such as, ‘Unfinished Symphony’, ‘Teardrop’, ‘Safe From Harm’, ‘Protection’ and more.

She’s ready to ‘Blow Your Mind’, the record breaking Dua Lipa joins this year’s line up. Just remember, don’t pick up the phone.

Bringing his dreamy folk songs and lyrical charms is the Cornish maestro, Ben Howard. He’s back after a five year break to deliver a stunning set at this year’s festival. He’ll be joined by art rocker St. Vincent, who released one of the most talked about albums of 2017, ‘Masseduction’. The king of the side-projects, King Krule brings his brooding, jazzy and soulful sounds that will leave a lasting mark on Picnickers.

All the way from ‘Budapest’ to Stradbally, George Ezra joins our ever-expanding line up. Indie veterans, The Kooks will be on hand to add a dash of noughties power pop to proceedings, while the soul collective, Jungle will have you dancing time and time again.

Returning to Electric Picnic after a packed performance in 2016, Wolf Alice will serve up new offerings from their latest chart-topping album, ‘Visions of a Life’. While the undisputed champions of synthpop,Chvrches, up the ante before they drop their third album.

Also coming to Electric Picnic 2018 is Russian DJ, producer and singer Nina Kraviz, the ambient pop rockers with one of the best names in the business, Cigarettes After Sex, BBC Sound of 2018 winner Sigrid, plus many more. 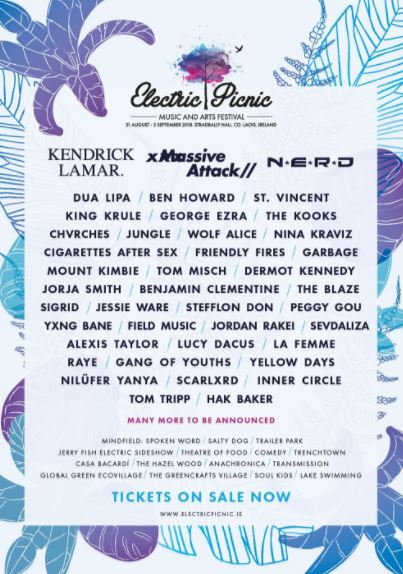