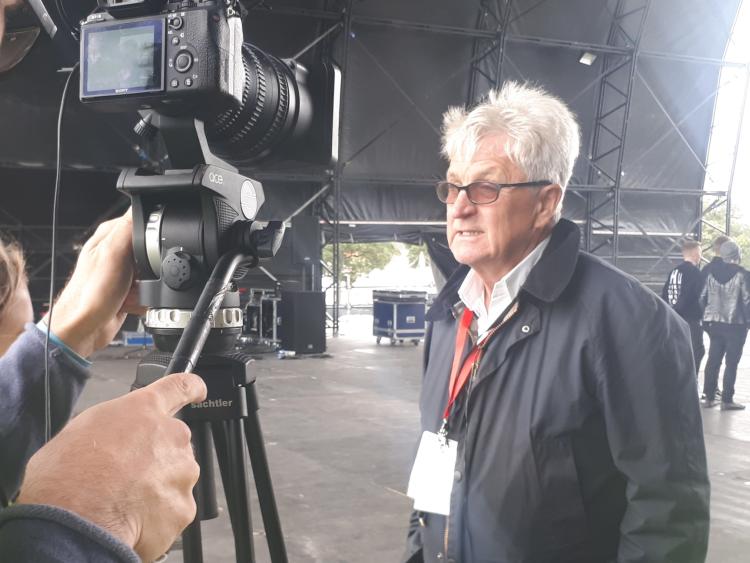 Electric Picnic Festival Director Melvin Benn has issued warnings to anyone buying a ticket secondhand to the sold out event this weekend.

Speaking at the press launch today of Electric Picnic in Stradbally, Laois, Mr Benn advised against trying to buy a ticket at all.

"My advise is to get in early for next year, rather than waste money on what may well prove to be a fake ticket for this year," he said.

He said that "criminals" will try and exploit people desperate for an Electric Picnic ticket.

"Fake tickets are about criminality. The two key things if you are paying for a ticket, make sure you know where the money is going. The use of PayPal and Western Union makes the traceability much more difficult."

"Don't buy from anybody except bona fide sources, that is difficult now because the tickets are sold out," he said.

The Gardaí have urged people heading to Electric Picnic in Stradbally, Co Laois not to buy print out tickets for the festival starts this Thursday August 30 and runs to Sunday September 2.

Gardaí have warn that fake print-at-home tickets for Electric Picnic are being sold online.

The print-at-home ticket format has not been used for Electric Picnic and the Gardaí and organisers recommend that the public do not buy from unauthorised or unknown sources. The Gardaí also warn that third party payment sites are being used to take money off unsuspecting fans in these scams.

"We are working closely with the organisers to prevent fans being left disappointed by the activities of criminals. It is important to stress that the print-at-home format is not being used for Electric Picnic and that the public only buy tickets from authorised sources,” he said.