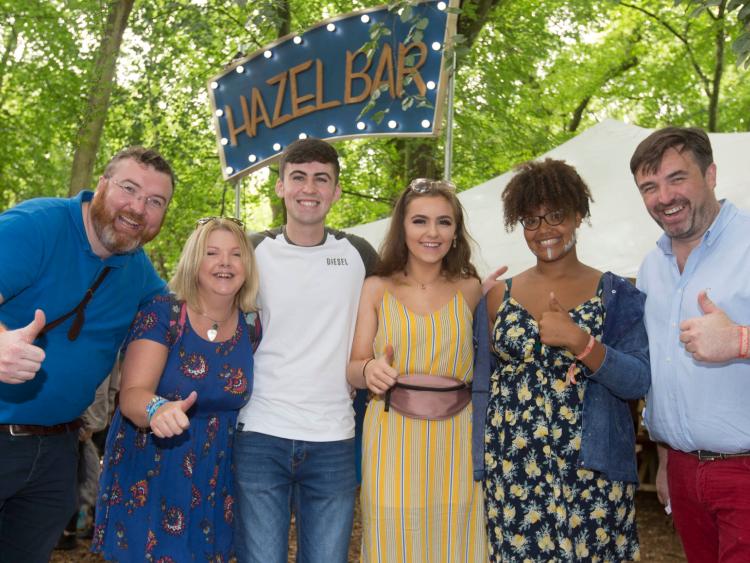 Electric Picnic holds a special place in the hearts of many Laois people as the festival has grown on Stradbally soil over the last 14 years and this year, a number of locals got to perform.

While the headline acts play a huge role in the festival, many of the magic moments of the weekend are found in the intimate nooks and crannies of the Stradbally site.

A number of local acts from Laois were part of creating this magic, including 26 year old, Cat Turner, from Mountmellick who performed at The Art Lot stage on Saturday to a crowd of familiar faces.

“It was great craic there were loads of Laois people there, even when I am playing in Galway there are Laois heads.

“It was huge, Electric Picnic is a bucket list for all Irish musicians. I have seen my favourite bands at the Electric Picnic Main Stage and it is an odd feeling to come home to Laois to play,” she said.

Brian O’Mahony of local band Pogueology said it was a ‘huge honour’ to play the very last gig of the weekend at 02:20 am Monday morning at the Salty Dog stage.

“It was great, we had the real hardcore party goers, it was packed out. I’d say it was our most enthusiastic crowd to date.

“We were told when we got the slot that it was a special one as it is the last bash of the weekend and it was a huge honour to play the last gig,” he said.

Alongside established bands like Pogueology were the young performers from Youth Work Laois, Cian Mac Gearailt and sibling act Eoin and Niamh O’Sullivan who performed music.

Glory Anumundu performed spoken word while Mark McCormack had a visual arts installation at the festival which represented the youth issue based art group Splatter.

Regional Director of Youth Work Laois, Clive Davis, said it was amazing to see young, local talent given a platform at the huge event.

“It is absolutely amazing to see young Laois talent on stage at Electric Picnic and to highlight Laois talent in our own area.

“We put a video of Cian Mac Gearailt on Facebook and it has over 12,000 views. Glory did spoken word, that was raw and emotional. It was lovely to see the work we do empowering young people, for them to be so comfortable on stage and hold a crowd, hopefully there are other young people out there saying ‘that could be us’,” he said.

PICTURES: Out and about at Electric Picnic 2018.

Electric Picnic announces expansion plans for 2019 as Dua Lipa the big hit of 2018.