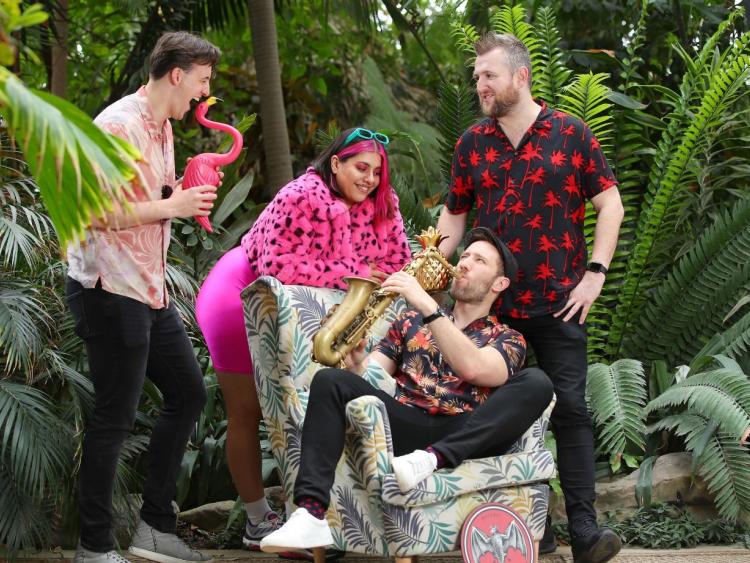 Casa BACARDÍ has announced its stellar line-up for Electric Picnic 2019.

The award-winning Casa BACARDÍ stage returns to the grounds of Electric Picnic, Stradbally for a 16th consecutive year from August 30 to September 1 with a stellar line-up.

Across the sold-out festival weekend, Casa BACARDÍ will be the perfect destination to soak up the party atmosphere, encouraging music lovers to do what moves them while enjoying an Original BACARDI cocktail.

As part of the ’Do What Moves You’ campaign, BACARDI Ireland has teamed up with DJ Tara Stewart and disco-duo Boots & Kats, renowned for their freedom of self-expression and being their true selves to bring their festival flare to Casa BACARDÍ at Electric Picnic 2019.

Casa BACARDI is regarded as one of the best festival parties in Ireland with its electrifying atmosphere and unique sound to bring people together through music.

Here is The Casa Bacardi line-up for Electric Picnic 2019 - hot off the press and ready to be shared. Which of our acts has you all excited? #DoWhatMovesYou | www.drinkaware.ie

Queen of the Jackathons, Heidi headlines the opening night of Casa BACARDÍ on Friday, 30th August, with support from DJ and Producer, Jasper James warming up the crowd with his own brand of off-kilter house and heads-down techno on the night. Support throughout the first day at Casa BACARDI, comes from long-time Toast House residents, Adult Store, Orange Tree Edits DJ and Producer, Jimmy Rouge and disco-house duo Get Down Edits.

Saturday’s line-up will be headlined by Dutch duo, Detroit Swindle, renowned for exploring the borders of electronic music with the dreamy “Tamarindus Hollandicus”.

Main support on the night comes from disco and funk-duo Boots & Kats who will bring their distinctive sound, while House of Disco founder, Magnier, dominates Casa BACARDI with his eclectic ethos.

Support throughout the second day comes from Kildare natives, Mix + Fairbanks with their electronic disco sounds, Dublin’s Riff Shop, who will be returning to the Casa BACARDI stage where they made their festival debut last year, and JORDAN who will be bringing us into the early hours with his underground house mixes.

Guaranteeing dance-floor dominance and closing the Casa BACARDÍ line up on Sunday evening is house music heavyweight and producer, Mark Knight, entertaining the Stradbally crowd with his extensive sounds of classic house and deep, electronic sets.

Joining the line up on the last day of Casa BACARDÍ, electronic maestro Krafty Kuts, and King of turntables, A-Skillz will be taking to the stage in an exclusive B2B set with support from Quinton Campbell with his italo-house fuelled sounds and Dublin based DJ, Justyna Koss giving us deep electronica vibes.

The Casa BACARDÍ stage has firmly established itself as one of the best parties at Electric Picnic, designed for festival-goers to enjoy an adventure of discovery, spontaneity and liberation.

Throughout the weekend, BACARDÍ bartenders will be sharing their skills with festival-goers showing them how to make delicious BACARDÍ rum cocktails with their new and exciting flavours, Raspberry and Ginger.

For more information on Casa BACARDÍ at Electric Picnic and your chance to win tickets, visit BACARDÍ Ireland on Facebook or @BacardiIreland on Instagram and Twitter.