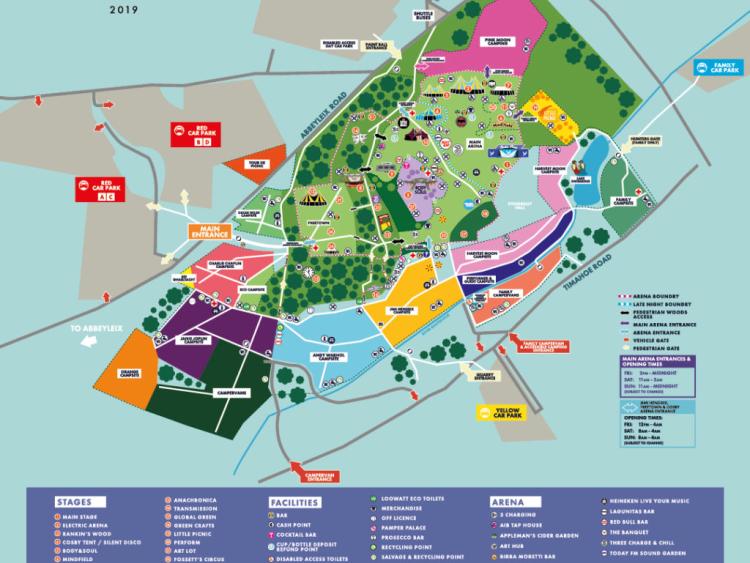 This day next week, the party starts at Electric Picnic in Stradbally for 57,000 people at the biggest festival of the year.

Electric Picnic organisers have today revealed the new interactive site map on the festival app (get it in the app store).

The map shows some major changes including the big move of Salty Dog and Trenchtown inside the main arena boundaries.

These two areas are hugely popular stages outside the arena boundary, usually forming a buffer zone between campsites and the main arena.

A brand new stage called Freetown has been carved out of the former Oscar Wilde campsite and a new field has been added for campers.

We patiently await an announcement on the lineup for Freetown, supposed to be coming later on today!

Have a look at the interactive map and start making your camping plans, it's only a week away!