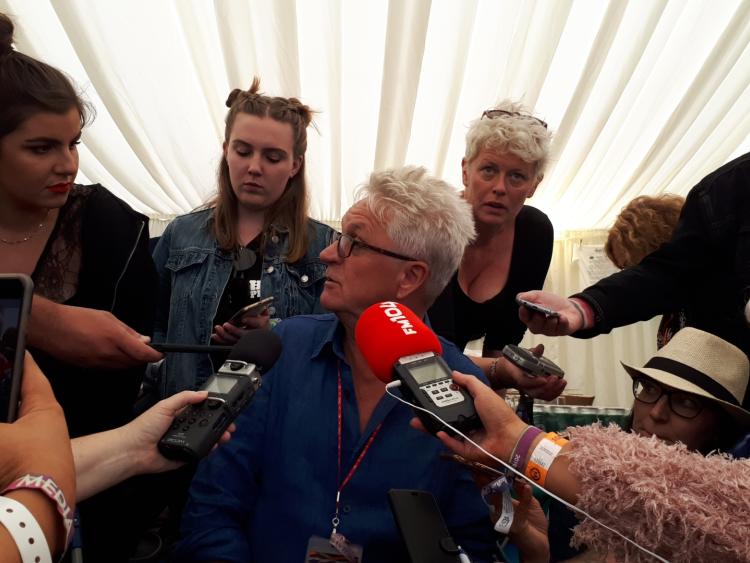 Searches of Electric Picnic ticket holders were relaxed last Friday on day one of the festival, the CEO has confirmed.

Melvin Benn in a press conference on Sunday afternoon, said the rush to see Billy Eilish at 7 on Friday evening brought about the decision to relax searches.

"We relaxed the search a little bit. We have searched with significant vigour this week, but with the pressure to get in, people were just desperate to get in," he said.

Though the capacity has hit about 60,000 this year, Mr Benn said that numbers of people brought to hospital for injuries are less than half, by lunchtime on Sunday.

"Last year 30 went to hospital, this year we only had 12. And nobody was hospitalised after Billy Eilish," he said.

"The vibes are 100% this year, better than I've ever known it. This is the greatest festival happening on this island, and one of the greatest in Europe. All the changes we made seem to be working," he said.

He hinted at an increased capacity for 2020. Loyalty registration is open now until Wednesday. Tickets for the 2020 festival go on sale on Saturday morning at 11am.