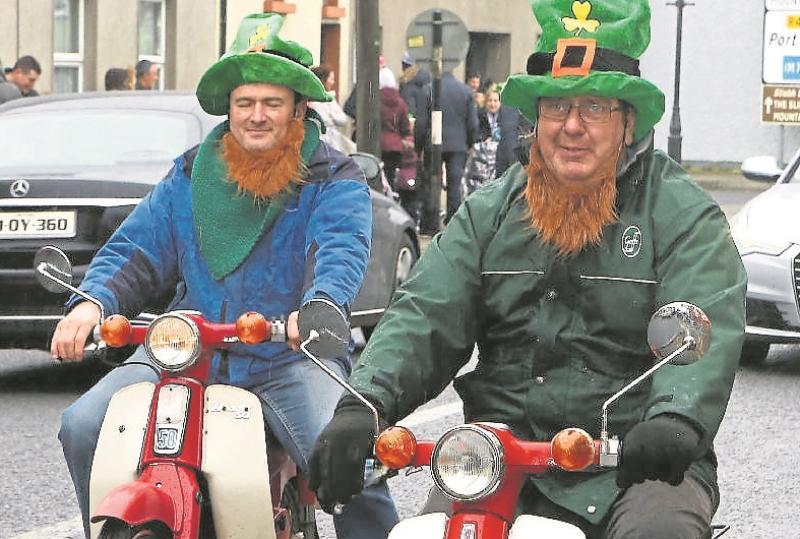 Irish legends both living and mythical are being honoured in the St Patrick's Day parade in Mountrath in Laois this March 17.

The organisers are casting their net far and wide with this year's theme of Irish Legends, because it can include local living legends in the community, national sporting heros like the Irish Rugby team, as well as mythical tales such as Tir na nOg and the Fianna.

"It can even our local legends such as Christy O'Brien or Bill Delaney," the organisers say.

They are asking the community to come along to their next meeting to see how they can help with organising the parade. The meeting is on Wednesday, February 7, at 7.45pm in Phelan's Restaurant.

"In order for the parade to be a huge success, participation is key. Without the support of local businesses and our dedicated volunteers it wouldn't be possible to run the parade," they say.

A new committee was recently elected to organise the event for this year, at a well attended meeting.

The Chairperson is Cllr James Kelly, secretary is Collette Phelan 087 4162377, and treasurers are Celine Cripps and Grainne Phelan and PRO Julie Bennett 085 2834412. There are 10 more committee members.

"We will be contacting all businesses, community groups and sporting bodies in Mountrath and its surrounds to encourage them all to take part," Cllr Kelly told the Leinster Express.

If you have any queries or questions you can contact the committee via their new Facebook page Mountrath Patrick's Page or email: mountrathstpatparade@ gmail.com