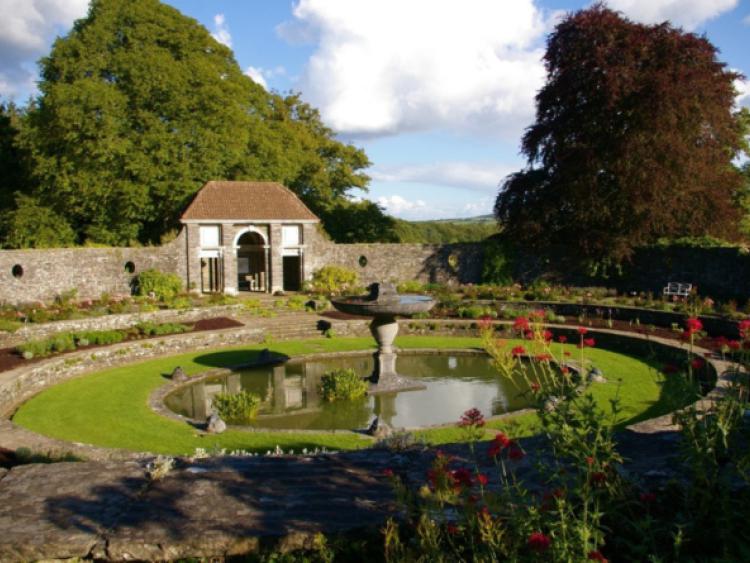 As St Valentine's Day approaches, Fáilte Ireland says tourists can find romance at a Laois 'wonderland' just outside Ballinakill near the heritage town of Abbeyleix.

In a press released headlined - Find your own love story in Ireland’s Ancient East, the State-run tourist body suggests you 'open your heart to' Heywood Gardens in Laois and other locations. "Your loved one will thank you".

"This horticultural wonderland near the village of Ballinakill offers 50 acres of grounds for you to explore with your special one. Discover woodlands, gardens and architectural features such as ponds and fountains. Take selfies with the stone turtles in the sunken garden or beside the inscription taken from some of Alexander Pope’s writings on the distinctive red-roofed loggia to help you remember a day of romance and fun," says Fáilte Ireland.

REBRAND OF LAOIS FOR TOURISM

"With magnificent castles, ancient monuments, grand houses, glorious gardens and some of the most breathtaking vistas you could ever hope to see, is it any wonder that Ireland’s Ancient East is the perfect place to romance your loved on this Valentine’s?," says Fáilte Ireland.

The other romantic locations are:

With marriage proposals becoming ever more elaborate these days, there’s much to be said about reviving an ancient tradition - and popping the question at a Proposal Stone. These are rocks in scenic spots, believed to be close to fairy trees and forts, where lovers from long ago went courting, any match made was said to be lucky and lasting. You’ll find some at the water’s edge in the gorgeously romantic Carlingford Lough.

The stunning glacial valley at Glendalough, one of the jewels in the crown of the Wicklow Mountains, has attracted visitors ever since Saint Kevin established his monastery here in the 6th century. There’s plenty for two love birds to explore, including its celebrated round tower and the captivating panorama of twin lakes and there’s a warren of hiking trails to take you both deep into the heart of the Garden County.

As castle gardens go, there aren’t many finer than these horticultural wonders, located close to Wexford town. With mature woodlands, lakes and formal and wild gardens, you will want to spend hours exploring them with that someone special. There’s so much to catch the eye, including the quirky folly towers, as well as the magnificent castle itself, designed by one of the most famed architects of the early 19th century, Daniel Robertson.

The woodland that winds its way along the Blackwater river offers a sublime retreat from the stresses of the everyday - and it’s the perfect place to be truly in that moment with your ‘other half’. It’s ideal to laze away a couple of hours of together time among the venerable trees and rich woodland fauna while enjoying views of Lismore Castle and St Carthage’s Cathedral.

A corrie is a specific type of lake that was created by glacial activity and one of the best examples in all of Europe is to be found in the Comeraghs. Coumshingaun can be circumnavigated on food and the walk boasts some amazing cliffs and mountain views. The woodlands here have an abundance of old trees and are believed to have once harboured the notorious highwayman, Crotty the Robber. The impressive mountain vistas are bound to woo your partner.

Find yourself a bicycle built for two and take to the region’s longest greenway. There’s no need to pedal furiously as you explore the memorable views along his 46km long biking and walking paradise. It follows the old Waterford-Dungarvan rail line and offers an especially peaceful way to uncover the Deise’s seductive landscape. Stop off at one of the many restaurants, bars and cafés along the way before continuing your pilgrimage.

Ireland’s Ancient East has an abundance of glorious gardens, including this fabulous one in the heart of the Dolmen County. There’s 40 acres of gorgeous green parkland by the banks of the Slaney to explore, as well as rare trees and a walled garden dating back to the 16th century. Valentine’s sees the first blooms of spring break through – the hardy snowdrop and crocus – and Altamont has them in abundance.

With its thatched roof, regency design and original wallpaper, the Swiss Cottage just outside Cahir, is a romantic’s dream. Built by Richard Butler for his wife’s guests to enjoy in the early 1800s, the ornate cottage has long beguiled visitors. Enjoy a wander around the cottage admiring the architecture and furnishings (while stealing a kiss on the spiral staircase). It’s an old-world folly that’s sure to capture your heart.

“If music be the food of love, play on,” Shakespeare famously said, so if your loved one is an aficionado of traditional Irish music then a visit to the Brú Ború Cultural Centre will delight them. Located near the Rock of Cashel, the Cultural Centre houses a subterranean exhibition called the ‘Sounds of History’. The experience tells a romantic and moving story of Irish music, poetry and history in an unusual subterranean setting.