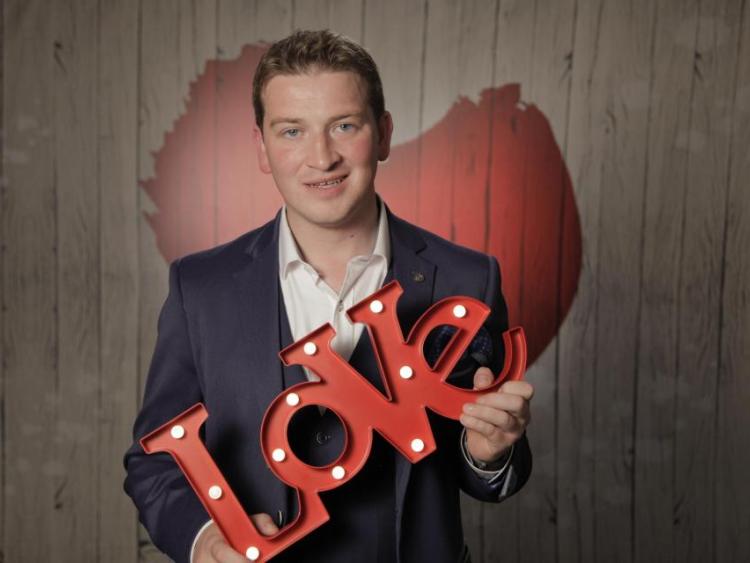 Laois man and First Dates Ireland star Eoin Scully is set to appear on television screens across the country again this week.

Eoin has agreed to appear on The Late Late Show Valentine’s Special on Friday night, February 9 despite not knowing what exactly he has signed up to.

The 29-year-old will participate in a section of the show with a number of other well-known faces from First Dates Ireland.

“I haven’t a notion what I have got myself into,” Eoin told the Leinster Express ahead of the show.

“I might be called up to get involved with the show I don’t know, I hope Ryan just walks past me and gives me a holiday to Barcelona for a week,” he said.

Eoin said that he has never seen The Late Late Show Valentine's Special but he said he knows it is one of the most watched episodes after the Toy Show.

Known for his sharp dress sense, Eoin said he has a surprise in store for his appearance on the Late Late Show.

The Camross man received a warm response from First Dates Ireland viewers after his blind date with Dublin girl Tara aired on January 16, 2018.

Since then, Eoin said strangers now recognise him on the street.

“It has been phenomenal, mad, great, really positive, flattering and humbling. People loved it or hated, 90 percent of people loved it. I said ‘How kaping?’ as an icebreaker and then it went viral.

“I couldn’t believe how popular it was, people have come up to me saying ‘how kaping?’ and calling me Eoin and I haven’t a clue who they are,” he said.

The show was so popular and people loved the couple so much, he was even sent a petition with 600 signatures from a convent in Kildare asking him to take Tara on a second date.

Despite these efforts, Eoin is still single.

“I want to thank everyone who sent nice tweets, messages and Facebook messages the last few weeks, I still don’t understand the hullabaloo but thanks, it has been really nice,” he said.

The Late Late Show Valentine's Special airs on RTE One at 9:35pm on Friday, January 9.

Where are Eoin and Tara now after First Dates Ireland?

Our gyms are like good wine at low prices - Ben Dunne tells the Leinster Express about his Portlaoise expansion.