Laois towns pull out all the stops 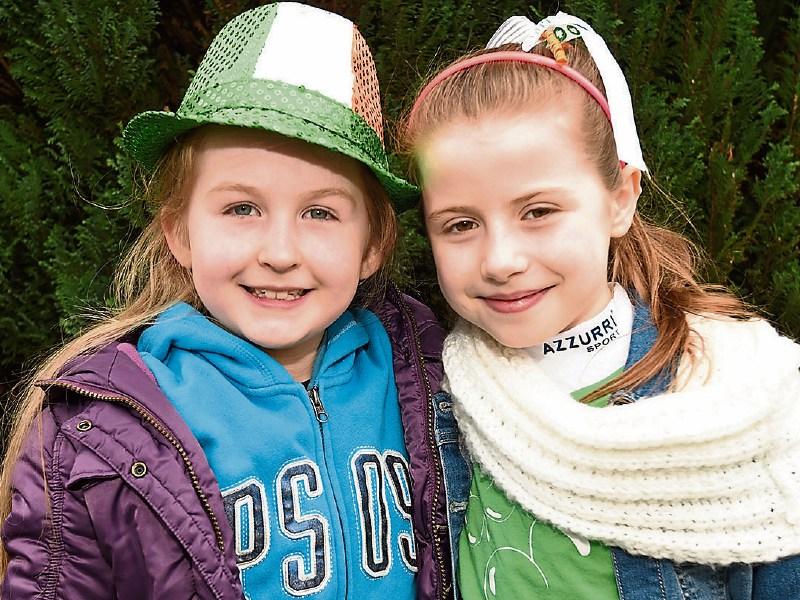 St Patrick's Day parades and festivals will be held in all corners of the county this year.

In Abbeyleix, the parade will kick off at midday on Saturday, March 17.

Vehicles taking part will meet at Abbey Crescent estate at 11 am, those taking part on foot should meet at Heritage House.

This parade promises to be fun for all! Dig out your green jumper and support your local parade.

In Rathdowney, clubs and groups will have floats in the St. Patrick’s Day parade and there will be an exciting raffle on the day.

The parade will leave St. Fergal's College at 1pm sharp. Any groups or floats participating will assemble at St. Fergal's by 12.30pm.

Refreshments and music will be provided in the Parochial Hall following the parade and a raffle will be held for an Aberdeen Angus Calf.

There will also be free face painting for children. Traffic diversions will be in place for all roads approaching the town from 12.30pm and roads will remain closed for the duration of the parade.

The St. Patrick's Day festival in Durrow will have a parade with local businesses, clubs and organisations all getting involved.

There will be a food and craft fair on the green along with bouncy castles, dancing and mini-GAA matches. Due to the timing of the Ireland and England Rugby match on St. Patrick's Day, the parade will start at 12.30pm.

Despite the efforts of both committees, the Durrow and Abbeyleix parades will take place at the same time due to the rugby match.

The theme for this year’s St Patrick’s Day Parade in Mountrath is “Irish Legends” which could be anything from CuChulainn to Brian O’Driscoll or Mrs Brown.

The road from Timmy Conroy’s house at the junction of Shannon Street and New Road up to the Square will be closed from 11am. The day begins in the square with Camross Comhltas starting proceedings from 12 to 12:30pm.

The parade then starts from the GAA grounds at 12 30pm. This year for the first time we have two Grand Marshalls.

They are Noel Wrest from The Kiln Lane Residents Association who won the all Ireland pride of place 2017 and Maggie Grehan McGee from Mountrath Kettle Bells who won World and European championship medals in 2017. They will be transported in a 1933 Singer 9 Tourer classic car kindly provided and driven by David Clegg.

When the parade concludes the prize winners will be announced and then a number of local singers, musicians,performers and dancers will entertain the crowd until 3pm.

The Mountrath Cottage Markets will also take place at the Farmers Hall from 12 noon until 3pm. There is always a huge crowd in attendance in Mountrath and with the rugby international and the all Ireland club finals also on, this year’s St Patricks Day will have something for everyone.