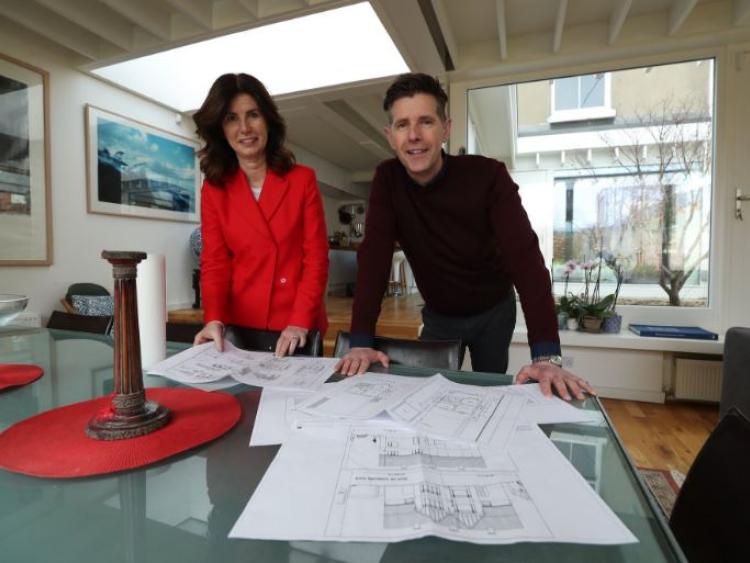 People in Laois who are in the market for an architect might be able to get Dermot Bannon on board thanks to his latest work with the Midlands Simon Community.

A spokesperson for the The Royal Institute of the Architects of Ireland responded to a question on Twitter regarding Bannon's involvement with the Simon Open Door campaign which was announced today.

"Dermot has kindly agreed to do some slots for RIAI Simon Open Door that will be given away as a competition on @MarianRTE coming up to the campaign running 14-20 May."

RIAI Simon Open Door is live for bookings. Book a consultation with an Architect for a €90 donation.Every cent goes to the @SimonCommunity. In the Midlands your money goes to @midlandssimon helping homeless in Laois,Offaly, Westmeath + Longford. Book here https://t.co/fbiieAuwds pic.twitter.com/jHgR1VYSse

Simon Open Door is a partnership between the Simon Communities of Ireland has partnered and the Royal Institute of the Architects of Ireland(RIAI).

Anyone can sign up to Simon Open Door and in return for a €90 donation to the Simon Community, you will receive an hour long consultation with a certified RIAI Architect (in the Architect’s own office, unless otherwise stated).

All raised goes toward's the work of the Simon Communities of Ireland.

It's that time of year again - the RIAI Simon Open Door campaign is back! Visit https://t.co/FhLYtVTcNd to book a one-hour consultation with a registered architect in return for a €90.00 donation to the Simon Communities. @RIAIOnline @DermotBannon pic.twitter.com/UOFnsqtxph

Update on the condition of Laois footballer after Carlow assault.