The festival is on over the June Bank Holiday weekend 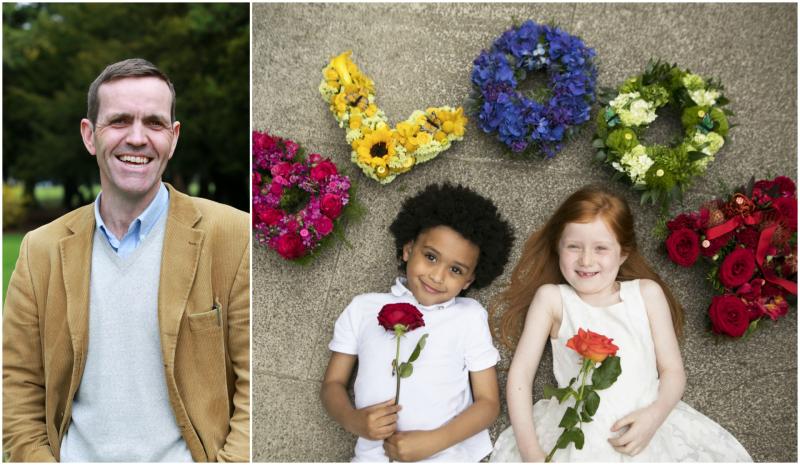 An award winning Laois garden designer, Brian Burke, will return to Bloom festival with another colourful creation in Dublin this June Bank Holiday.

Based in Killenard, Burke will have a beautiful garden entry in this year’s Bloom competition. His creation will tell the story of Ireland’s social and cultural evolution in his ‘Moving Statues to Marriage Equality’ show garden, sponsored by Woodie’s.

It will appear in the Medium Gardens section of the festival. Brian Burke’s show garden comprises three zones: past, present and future, each of which features a commissioned piece of sculpture.

The past refers to religious fervour, the present depicts progressive secularism, while the future represents the omnipresent threat posed by climate change.

A photographic backdrop will chronicle pivotal points in history over the last 30 years, while a 20-metre long backdrop will symbolise a journey of continuity, fluidity and coherence and the natural unfolding of a newly assertive society, despite periodic difficulties.

Designer Brian Burke is no stranger to Bloom in the Park. In 2017 he took home a Silver Medal for his ‘On Cloud CaNine’ show garden.

In 2016 he won a Silver Medal with ‘GOAL’s Damascus Courtyard – War and Peace’, and the Silver-Gilt Medal in 2015 for his garden ‘Non Forsit’.

Based in Killenard, Brian shared his own garden with his wife Julia, their five children, a donkey, two pigs, four chickens and two dogs. 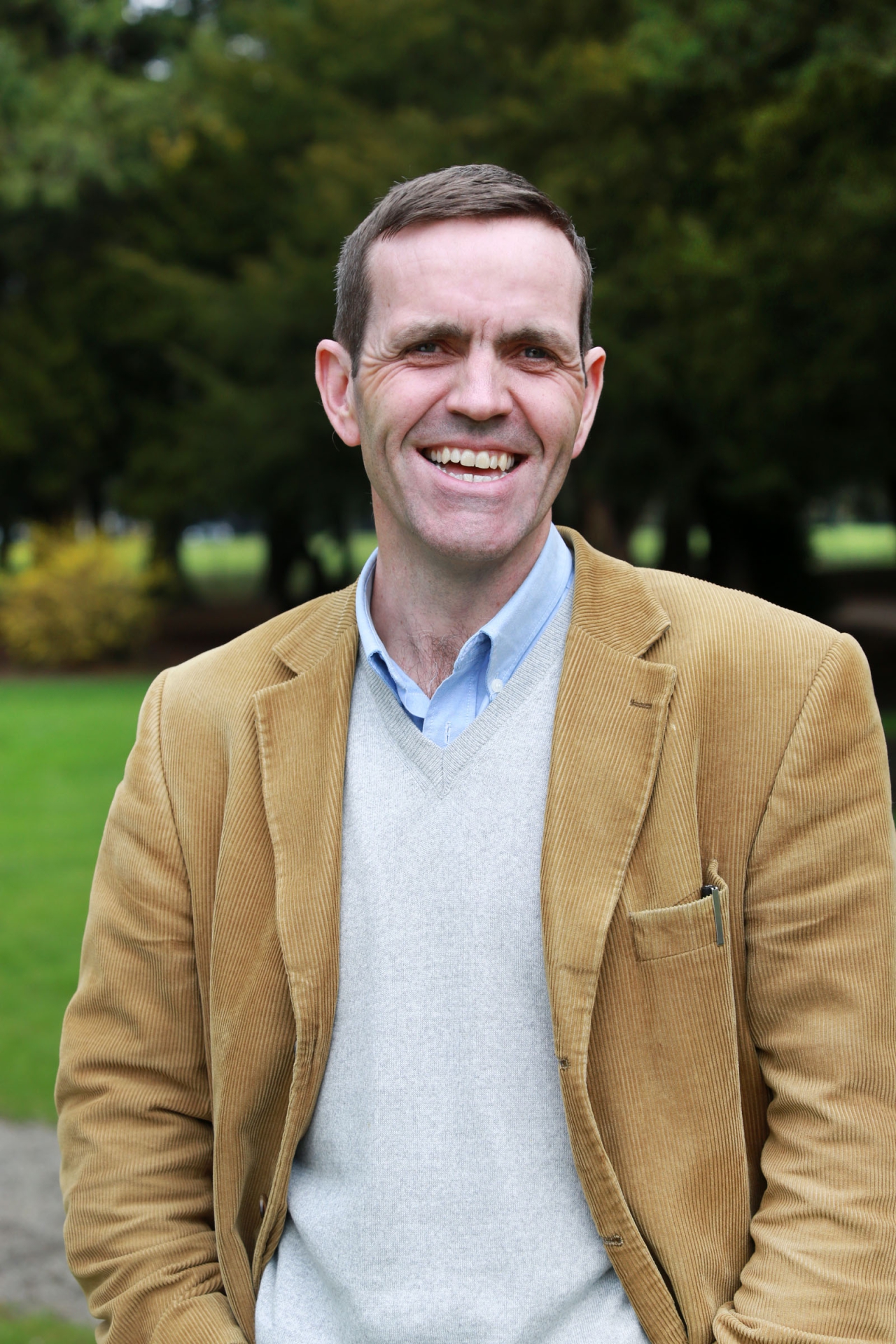 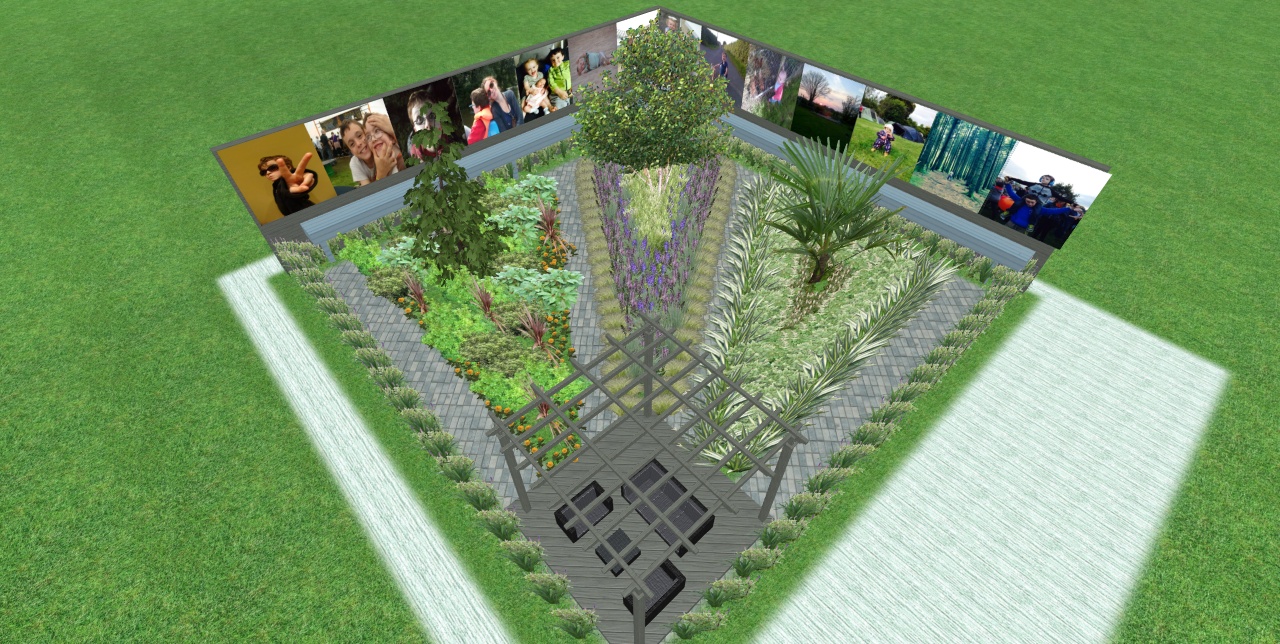 A 3D visual of Brian's creation.

Bloom is a five day event returning to the Phoenix Park Dublin from May 31 to June 4 2018.

It will  showcase the best of Ireland’s horticulture and food industry featuring 20 spectacular show gardens, endless garden and floral features, installations and talks, more than 100 food producers, 25 live cookery demonstrations with some of Ireland’s best loved chefs and a host of activities and entertainment for all the family.

The jewel in the crown of Bloom are the show gardens created by leading garden designers worth some €1 million.

These magnificent works of art have become an engaging, colourful platform for many organisations to communicate strong health and charitable messages.

For 2018 these include ‘Moments in Time: Dementia Understand Together’ a multi-sensory garden for dementia sufferers.

‘A SunSmart Garden’ to raise awareness of skin cancer by the Marie Keating Foundation designed by the UK based ‘Hairy Gardeners’.

The ‘Enable Ireland Beyond Boundaries Garden’ which caters for people of varying abilities. The ‘No Limits – GOAL’s Garden For Women’ which highlights the issue of gender inequality in the developing world and Trocaire’s ‘Peaceful Resistance’ garden will represent the plight of Human Rights and Environmental Defenders.

Tara McCarthy is the CEO of Bord Bia.

“This will be the 12th year that Bord Bia has hosted Bloom in the Phoenix Park and we are incredibly proud of how the event has developed and evolved over the years.

“It offers a platform for some of Ireland’s most acclaimed garden designers to showcase their skills, creativity and imagination in developing spectacular outdoor spaces which continue to captivate our visitors.

“It also offers our many hardworking food producers, plant nurseries and food and drinks companies the opportunity to engage directly with the consumers of their products in a relaxed and informal setting. And best of all it offers a great day out with something for everyone!”

In addition to the show gardens, there will be a large number of floral installations and gardening features including 13 postcard gardens designed by community groups.

For 2018, the centrepiece of the Floral & Nursery Pavilion will be a ‘living’ installation designed by Oliver and Liat Schurmann to communicate to visitors the role of ‘Origin Green’, the world's first food and drink sustainability programme operating on a national scale, created by Bord Bia.

The semi-circular walls made from wheatgrass, barley, cress and micro-greens will enclose a miniature town to communicate the role Origin Green plays at community level.

The purpose grown feature will be dripping with water throughout the event and, as 90% of the materials are natural, it will decompose within days.

The Bord Bia Food Village will be a bustling culinary hub showcasing the very best of Irish food and drink.

Bord Bia’s ‘7 A day’ under the Rainbow at Bloom feature will highlight the role that fruit and vegetables play in a healthy balanced diet and offer visitors advice on how using the colours of the rainbow can make that target achievable and the GIY Zone featuring the Food Matters Stage will host daily workshops, discussion and debate.

There will also be a range of tasty fare available for visitors throughout the site including at the BBQ Bliss area, the Country Crest Food Fayre restaurant and Bistro Bloom which sit-down table service, a seafood bar and a café.

The Irish Craft Village supported by Design & Craft Council of Ireland will present a selection of work from some of Ireland’s most creative designers and makers, as well as a series of in-person craft demonstrations.

In addition, the ‘Sculpture in the Park’ feature garden will showcase new and previously unseen work by more than 40 artists, offering visitors an opportunity to walk through and interact with some of the best of Irish outdoor art in a garden-style setting.

A number of show gardens are also sure to capture the imagination of children and ‘young at heart’ visitors.

These include ‘The Enchanted Wood’ garden designed by Peter O’Brien created around a Dr. Seuss inspired children’s treehouse.

‘The Sanctuary Nurture Garden’ which offers a sunken outdoor classroom created for The Phoenix Park Specialist School by Dominic O’Donohoe and an ‘Upside Down Garden’ created by Mark O’Loughlin which offers a simple urban terrace with a difference - the ground is the sky and the footpath and lawn are overhead!

The ‘Budding Bloomers’ children’s area will host a vibrant mixture of family friendly features to keep children of all ages entertained and active in an effort to play, learn and grow at Bloom.

This includes Margaret’s Fun on the Farm Kids Zone; Paddy’s Plot where children can learn how to grow a sunflower. ‘Away with the Fairies’ which will demonstrate how to make your own fairy garden and features from Children’s Books Ireland (CBI) Clap Handies; Amnesty International; Billie Bubbles; Scientific Sue; Physics Busting and Food Dudes.

There will also be some 200 retail exhibitors for shopping, the YouBloom music stage, the Debenhams Fashion Stage and a children’s stage.

Tickets are on sale now on Ticketmaster and can also be purchased on the gate. Ticket prices vary from €16 - €25 and children under 16 go free.

Returning sponsors for this year’s event include FBD Insurance, Irish Independent and the Office of Public Works. 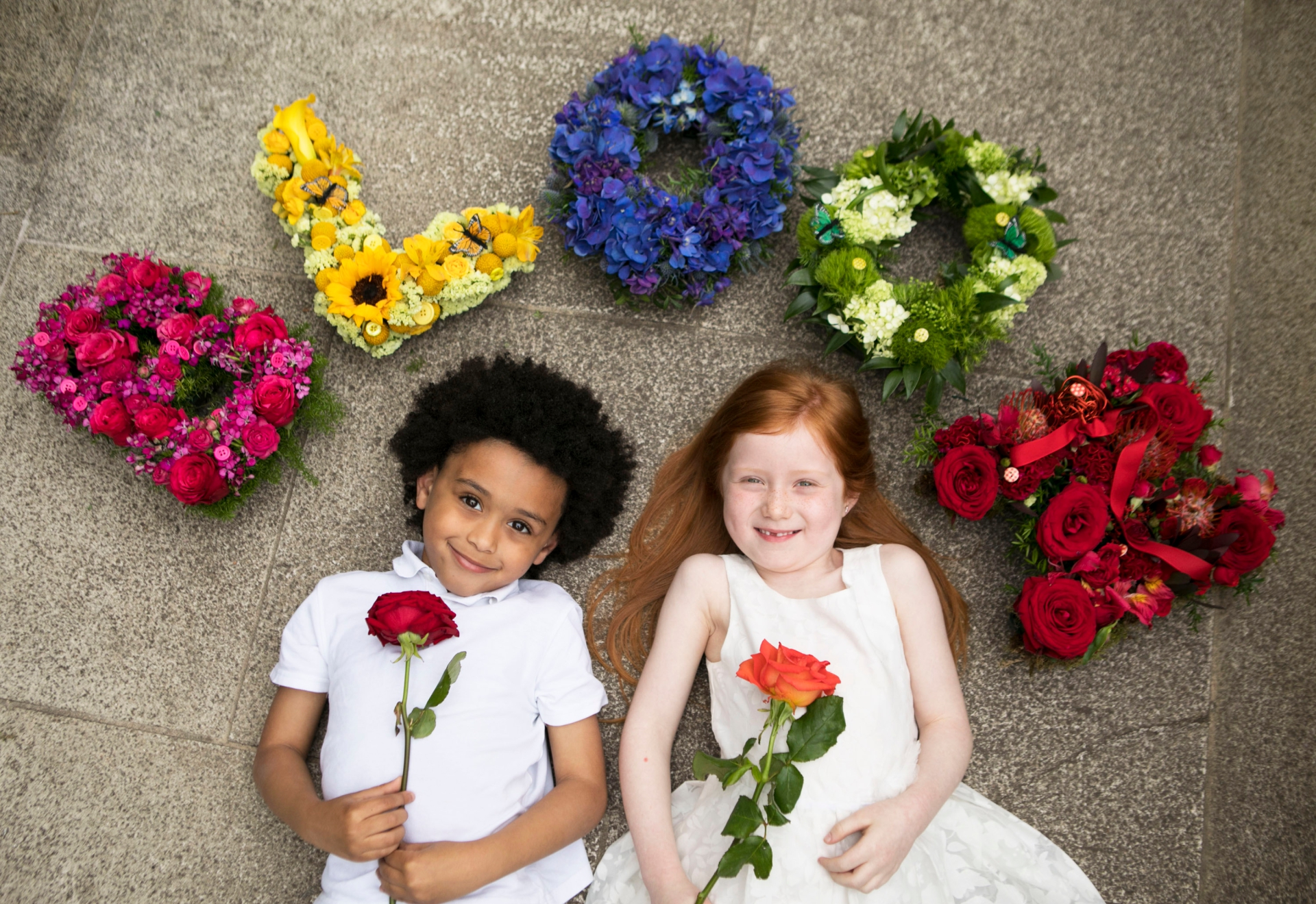