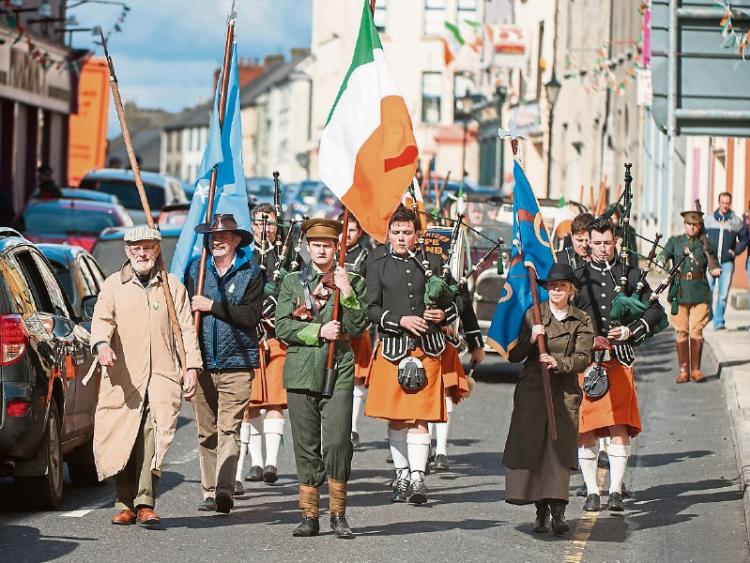 An appeal is being launched for information and stories about Laois women who participated in the struggle for Independence before it is lost forever.

In launching the appeal the Laois Library Service says it is hoped that family member who have information and/or records of these women will come forward and participate in a project to record their stories.

The search is being all the more difficult becuase of the abscence of Cumann na mBan records in Laois.

"Women played a vital role in the fight for Irish freedom and it is important to remember and record their stories," said Sinead Holland, Senior Library Assistant, Local Studies, Laois Library Services

"In recent years historians have produced well-researched publications to ensure that the vital role played by these women is outlined and celebrated. They explain how the effective guerrilla warfare tactics employed by the IRA in the War of Independence would not have been possible without the support of women in every part of the country.

"Women administered first-aid to injured IRA men, provided safe houses for those on the run, gathered and disseminated intelligence and transported weaponry. They took considerable risks and paid dearly when exposed.

The library is aware that revolutions leave behind few records, as written records, if discovered by the authorities, were dangerous to the carrier and their cause.

In the 1930s the Irish government established the Bureau of Military History in an attempt to remedy this problem. Men and women, who had played a role in the revolutionary movement (1913-1921), were invited to make statements describing events in their own words.

Although Laois women are mentioned in the statements of their male counterparts, statements were not made by any of the women.

In 1933 the Military Service Pension Committee issued a circular to the Old IRA brigades requesting they compile and forward information relating to Cumann na mBan in their area.

"Unfortunately, the Secretary of the old IRA in Laois, Lar Brady, responded with a brief note indicating that the task ‘would be very difficult’. Shockingly, no information was ever forwarded and the Cumann na mBan file for Laois remained empty.

Apart from Wicklow, Laois is the only county in the Republic of Ireland without official Cumann na mBan membership lists.

Laois County Library is launching the appeal with a talk on the topic by Sinead McCoole, noted Irish historian on revolutionary women.

The talk will take place in Portlaoise Library, May 22 at 7.30pm.