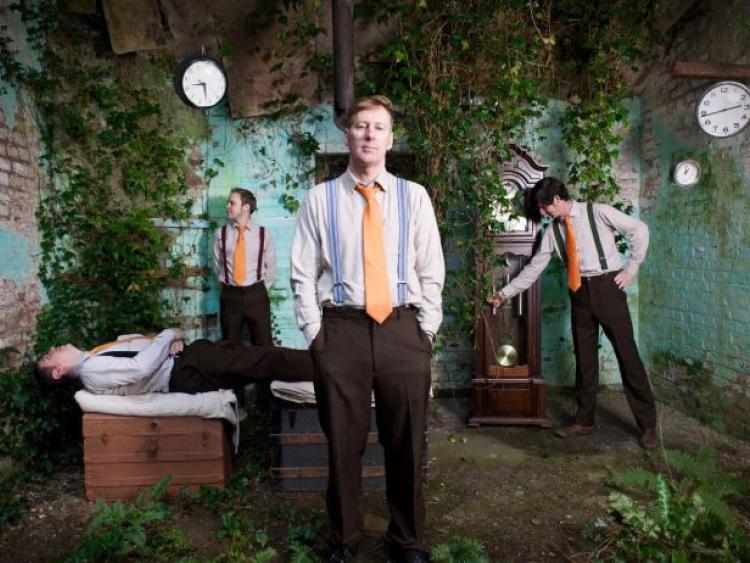 A 25 year old song by the legendary Cork band The Frank and Walters has been given a new lease of life this year thanks to the success of TV show The Young Offenders.

The band’s song ‘After All’ was featured in an episode of the popular Cork based TV show and it shot to the top of the Irish iTunes charts earlier this year.

While the band has a loyal following, the rebirth of the song has put their music into the hearts and minds of a younger generation.

It has also resulted in the band playing at festivals all over the country, including headlining the Friday night of the Old Fort Quarter Festival in Portlaoise on June 22.

Ashley Keating is the drummer for The Frank and Walters, he has been with the band since they first formed in 1989. He spoke exclusively to the Leinster Express as Old Fort Quarter Festival media sponsors.

“We have been trying to get back to Portlaoise for a while and the Old Fort festival is perfect because a lot of people will get to see us and hopefully will want us back for a local winter show.

“Over the years you end up just doing the big cities like Dublin, Belfast, Limerick, Cork or Galway but we are everywhere this year.

“Loads of festivals have popped up around the country in the last few years which has given us a chance to play to more big towns that we might not have got the opportunity at before,” he said.

The band is made up of four members, both Ashley and lead vocalist Paul Linehan have been there since the beginning, just shy of 30 years ago. They are joined by Rory Murphy on guitar and Cian Corbett on keyboard.

Ashley told the Leinster Express that it is surreal to now be touring off the back of a 25 year old song.

“It is all a bit strange really. It came out of nowhere. We knew they were using it on Young Offenders but we thought it would just be used in the background or something.

“Sometimes you just have to trust people to do the right thing and it worked out. Sometimes you can be afraid it will be ruined but they did and amazing job.

“The first time we saw it was when it premiered in the English Market in Cork and ever since it just went mental, not only in Ireland but in the UK and Australia. That is the nature of things now.

“It is mostly 35-50 year old's who know us but ever since the Young Offenders we have turned up on videos of communions, confirmations, end of school summer parties. My children think I am semi cool at the moment!,” he said.

Touring the country because of the popularity of a classic song is out of character for the band who would usually be spending the summer in studio recording a new album.

“We tend to release and album every three or four years and tour it for a year or a year and a half. So we planned on spending this summer in the studio but people started offering us festivals here, there and everywhere," he said.

The talented group has travelled to Laois for Electric Picnic for the last four years and although it hasn't been officially announced yet, they expect to play again this year.

“It is a brilliant festival and it is really good to see new bands and meet old bands we know from playing over the years. When we go to Electric Picnic we stay in Portlaoise because we are too old for camping!

“We always do a comprehensive set list with some of the greatest hits and even with a new album out we play the songs everyone wants to hear.

“You don’t have the pressure of an album tour with gigs like the Old Fort Festival so you can pick the songs to suit the audience, and there is nothing better than an Irish summer evening.

The Old Fort Quarter Festival is sponsored by Rockshore Irish Lager and is supported by the Laois Partnership. Further details about the festival are available on the website: www.oldfortquarter.ie. The Leinster Express is local media sponsor.