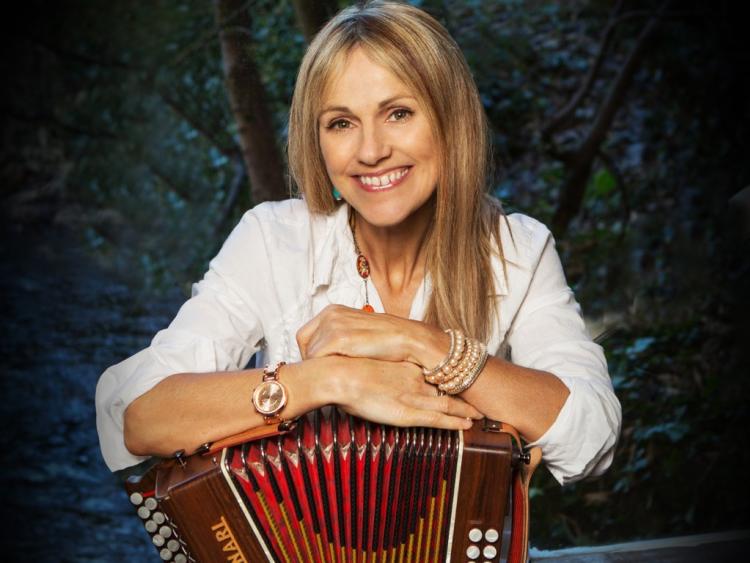 Irish music legend Sharon Shannon is making her way to Portlaoise to perform this weekend.

The button accordion player extraordinaire from County Clare has recorded and toured with a who's who of the Irish and Global music industry including Bono, Jackson Browne, Steve Earle, The RTE Concert Orchestra, The Chieftains, The Waterboys, Willie Nelson and many more!

The genre-defying star has had multi-platinum album sales, several number one albums, singles and DVDs in Ireland and her album Galway Girl went 4 times platinum with the title track winning the Meteor Award two years running for ‘Most Downloaded Song’.

Sharon Shannon will take to the stage at the Dunamaise Arts Centre, Portlaoise on Friday, January 11 at 8pm.

Tickets are €25 and are available from the Dunamaise website and box office.