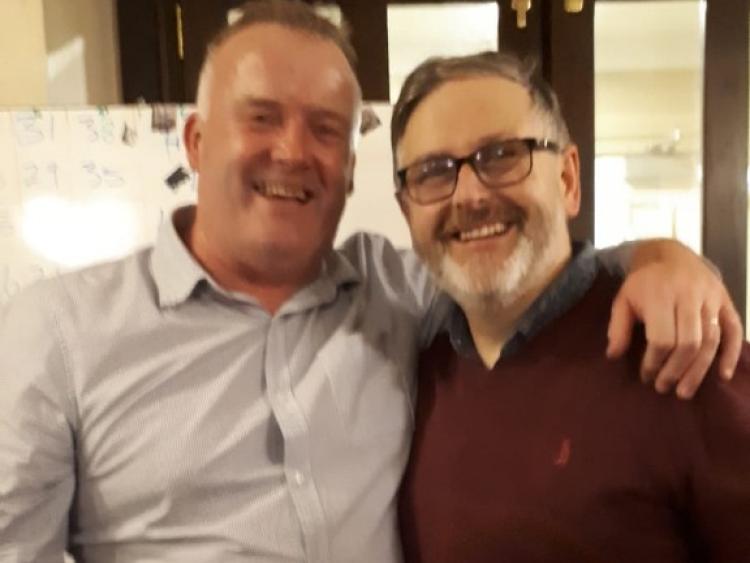 The Parents' Association of Emo National School wishes to express their deep gratitude to all who supported their quiz night in The Gate House in Emo on Friday, November 15 .

Paula Crowley, Secretary of the Parents Association in Emo National School, says the fundraising event was a big success. She said there was a great turnout and the kind spirit of the local community shun through.

Paula thanked all who attended the quiz night especially the parents. She also paid tribute businesses and those associated with the school who gave very generous donations to our quiz and bumper raffles.

The highlight of the night was the entertainment provided by our 'Laurel & Hardy'  like quizmasters Dr Eddie Murphy & Mr Karl Brogan. Paula said the banter and fun between this pair and the crowd was excellent.

Paula extended thanks to Caroline Costello Catering in Emo kindly donated and provided delicious food during the night.

The parents also want to thank to Mark O'Sullivan, proprietor of The Gate House and his staff for all their help in enabling this event and for the use of their venue.

Paula says an added surprise on the night was provided by a group of 13 regulars from The Gate House who carry out a weekly weight loss challenge. They call themselves 'Operation Friday Beers'. They donated the proceeds of their weight-in that night to Emo National School.

Paula praised their thoughtfulness and said the generosity is hugely appreciated. She said they suggested and organised the extra fundraising initiative of the Bonus Ball, along with the help of Parents Association member Ms Breda Goulding.

In total, €1,990 was raised from the quiz tables, raffle, bonus ball and from donations. All of the money raised will go directly to benefit the children of Emo National School and specifically with the school's computer programme.

Once again, the Parents' Association of Emo National School wish to say mile buíochas to all concerned.