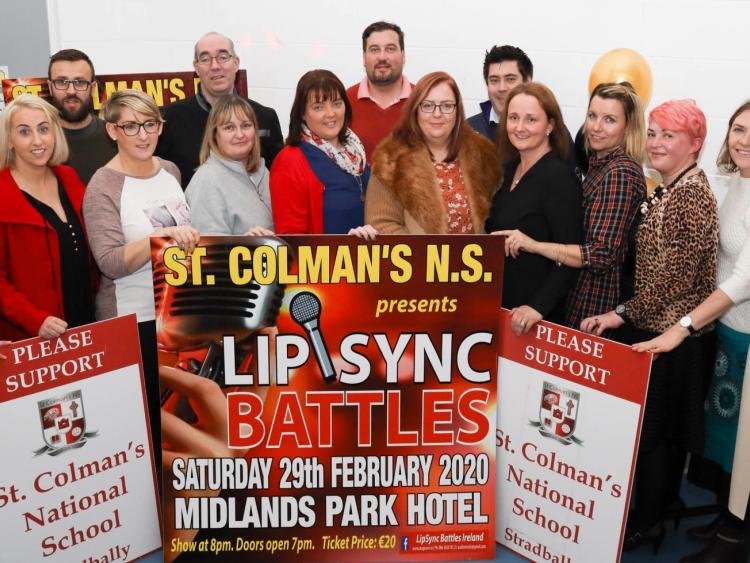 Lipsync battle fundraisraiser for St Colman's field just one of the many events and activies organised.

Fundraising gets into high gear this Christmas in Stradbally to raise funds for a new sports field to serve St Colman's National School in the town.

The fundraising organisers are delighted that the St Colman's NS, Stradbally (field development) has been chosen, along with two other organisations to be beneficiaries of this year's Portlaoise Rotary Club 'Tree Of Remembrance' in The Kyle Center Portlaoise.

The tree will be up from December to 23 and be manned by volunteers from the three organizations. The public can make a donation and place the names of friends, family members and loved ones that have died, along with a red ribbon on the tree.

St Colmans are very grateful to John O'Brien and Rotary Club, Portlaoise for including the field development this year.

Volunteers from the school community who would be interested in giving a couple of hours on any one or more days from the 6th - 23rd of December are asked to get in touch. If you can help text Kathleen Sheridan on 086 0815674 or PM the FB  page and we will be in touch.

The tree is just one element of big fundraising underway in Stradbally for the field.

A whole host of other fundraisers take place between now and Christmas to help the school reach its target.

Liz Mulhall is selling crocheted brooches from the school for €7 and Liam Knowles, Tom Sheils, Eoin Buggy and Jack Larkin are selling St. Colmans Lip Sync wrist bands as the first of their fundraisers.

There are walks, swims, sponsored shaves and waxing as well as carol singing, fitness Classes, coffee mornings, a Tractor Run, and a night in Crean's at the planning stage.

The annual St Colman's Bumper Christmas Draw will take place on December 20 with all proceeds going towards the fundraiser.

The fundraising organisers would be delighted to hear from anyone who is in a position to help out in any way, and further enquiries can be made to Sharon Kelly, Rosalyn Larkin or Kathleen Sheridan.

St Colman's NS Parents Council are also aiming to raise a minimum of €50,000 from a Lip Sync Battle next February.