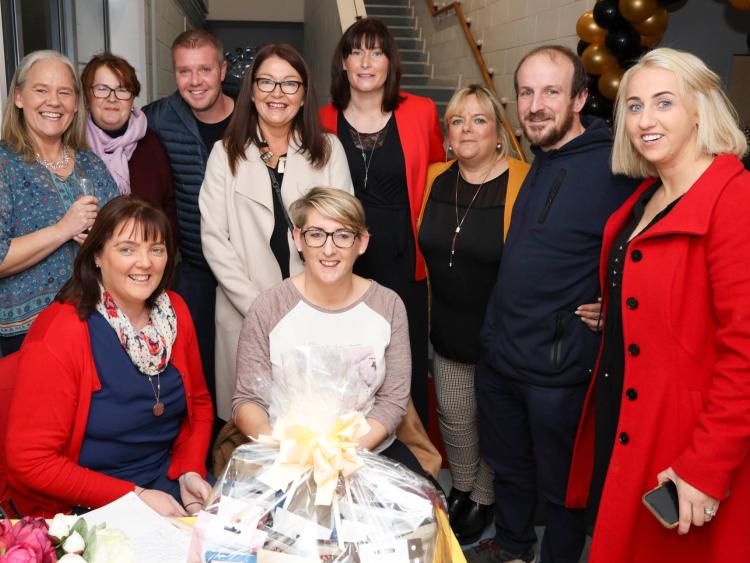 Members of the Board of Management, Parents Council and staff at St. Colman's N.S. Stradbally Lip Sync Battles fundraiser to be held in the Midlands Park Hotel. Picture: Alf Harvey

A bundle of fundraisers have been organised to raise funds for a new school pitch in Stradbally culminating in a Lip Sync Battle at the end of February aiming to reach the €50,000 target.

No hair is safe say the organisers of the event which takes place in Napper Tandy’s, Stradbally on Saturday, February 8 starting at 9pm. A great night assured.

A ladies fashion event featuring promises to be an amazing afternoon in the Killeshin Hotel, Portlaoise on Sunday, February 16 from 1pm until 4pm.

The event is based around the swap shop idea but there'll also be be make-up advice, style advice, beauty products, etc. The Hat Shop will be showing their amazing pieces on sale at a reduced rate.

If you have any items you would like to swap you can drop to the school and you will be given a token for swapping on the day. Tickets €15.

Meanwhile, Kim McCormack and Emma Burke have decided to climb a mountain to help out in reaching the €50,000 target.  They are planning to climb Croagh Patrick on February 15. They are asking for sponsorship. Any amount is greatly appreciated and thank you in advance.

The Lip Sync Battle will be held on Saturday, February 29 with doors open at 7pm and show starting at 8pm until 11.30pm in the Midlands Park Hotel, Portlaoise.

The male teachers have banded together to form Lipsyncing Supergroup - The Shameless Five. As part of their fundraising activities, they are raffling some amazing signed and framed GAA jerseys.

So far they have their hands of three jerseys - that’s Kilkenny and Cork senior hurlers and Laois senior footballers. They are hopeful that there will be more added before the draw. Tickets will be sold on rallyup.com by team members and their loyal supporters and in selected locations near where we live.

St Colman’s NS, Stradbally would like to say a huge thank you to everyone who has taken out an advert in their brochure or is planning to. They say sponsorship of the Lip Sync Battle - St Colman’s NS Parents Council event will go a long way towards raising funds for the pitch development.