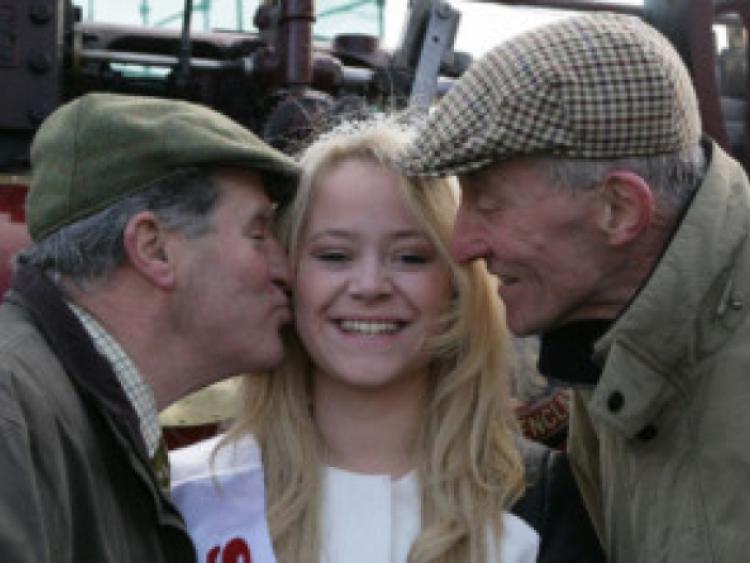 It might surpise many to know that the Stradbally Steam Rally has hits roots in the depths of winter.

It might surpise many to know that the Stradbally Steam Rally has hits roots in the depths of winter.

But its origins were celebrated in Friday, December 27 last ahead of what promises to be a big 50th year of celebration for the event which has become a national celebration of the steam engine.

Fine Gael TD Charles Flanagan TD was on hand to unveil a plaque at Market Square, Stradbally on 27 December last, to commemorate the first ever rally held on the same date in 1965.

Cllr James Deegan who is Chairman of the Market Square restoration project, initiated the project, secured funding for the plaque from the Council and acted as MC at the proceedings in Dick Dunnes bar following the unveiling.

Charles Flanagan TD expressed his delight at being asked to officially unveil the plaque and said that Stradbally housing a steam museum, a Narrow Gauge Railway and home to the National Steam Rally, made Stradbally truly the home of steam in Ireland. He added that Stradbally also being home to the annual electric picnic ensured that the local community plays a huge part in contributing to tourism and employment in the County of Laois.

Mary Sweeney, Laois County Council Cathaoirleach said she had spent many happy years at the rally and looked forward to the 50th rally on the August 3/4 next.

Mr Ken Graham, President of the Irish Steam Preservation Society recalled attending the first rally in 1965 and noted that many present at the launch were also present on the day including Ron Bramley, one of the founding members, as well as Jackie Cummins and Tom Handy. He paid thanked Cllr Deegan helping to secure the support of County Hal.

Mr Dick Dunne, Rally Chairman thanked all those involved in the unveiling of plaque. He thanked Laois County Council for their contribution towards and Dep Flanagan for unveiling the plaque.

He thanked Laois Partnership, Eugene Bowe for the vintage tractor , the Glynns from Carlow for bringing their steam engine and the local community, Helen from the Court Restaurant for catering, Noel Ryan for providing vintage car, sponsors, businesses, the Gardai and the steam rally committee who have working since November on 50th National Steam Rally in August.