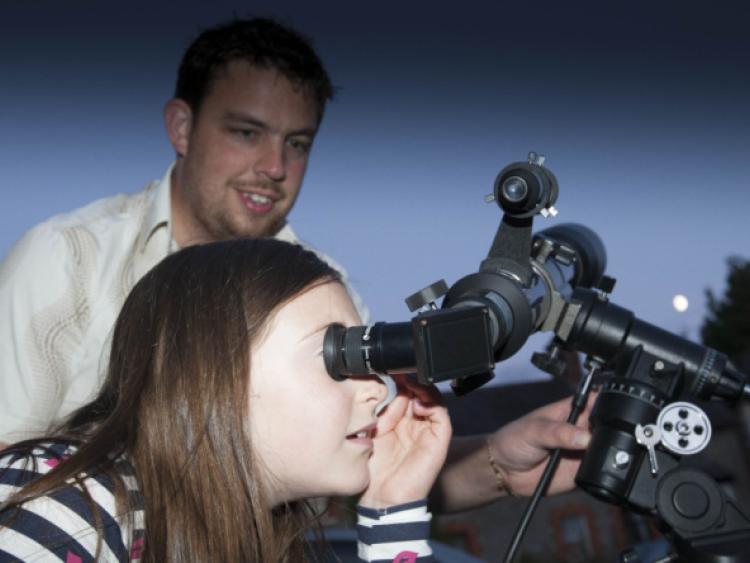 ‘Explore the XTRA-Ordinary’ is what the organisers of Laois Science Week 2013 want the public to do from the 10th – 17th November 2013.

‘Explore the XTRA-Ordinary’ is what the organisers of Laois Science Week 2013 want the public to do from the 10th – 17th November 2013.

From the water that comes out of our taps, to the grass that grows in our fields, to our body’s ability to run and play sports – there are ‘XTRA-Ordinary’ processes happening behind all of the scenes around us.

Events taking place in Laois for Science Week include:

Star-gazing in Stradbally – join the Midlands Astronomy Club and Laois Heritage Office for an evening of exploring X-tra terrestrials, with talks on stargazing, practical demonstrations of telescopes and (weather permitting!) some star-gazing on the Green. We might even get some views of the Comet ISON! The free event starts in Stradbally Library at 8pm on Saturday 16th November and all are welcome.

Mountmellick Library hosts a fascinating talk on How Your Brain Works, by leading neuro-scientist Deborah Saucier of the University of Ontario, at 11am on November 12th.

The Curious Experiments Exhibition will run in the Dunamaise Arts Centre daily from Tuesday November 12th to Saturday November 16th - this is the result of a competition run by the Marsh Library, which encouraged students to re-create experiments that were first advertised in 1743 in Dublin. The students have filmed their adventures in the history of science and their work will be on display in the Dunamaise. Also on show at the same venue will be a series of short films on the theme of science.

Several Portlaoise Primary Schools have a treat in store at Portlaoise Library on November 13th as they are invited to become scientists for the day, for a hands-on fun workshop of experimenting with “Scientastic”.

A visit by the ever popular Reptile Village Zoo to Timahoe National School will also take place during Science Week.

Science Week is an initiative of Discover Science and Engineering (www.scienceweek.ie) , and this year’s Laois events are part of the Midlands Festival of Science, hosted by Atlantic Corridor (http://midlandssciencefestival.com/)