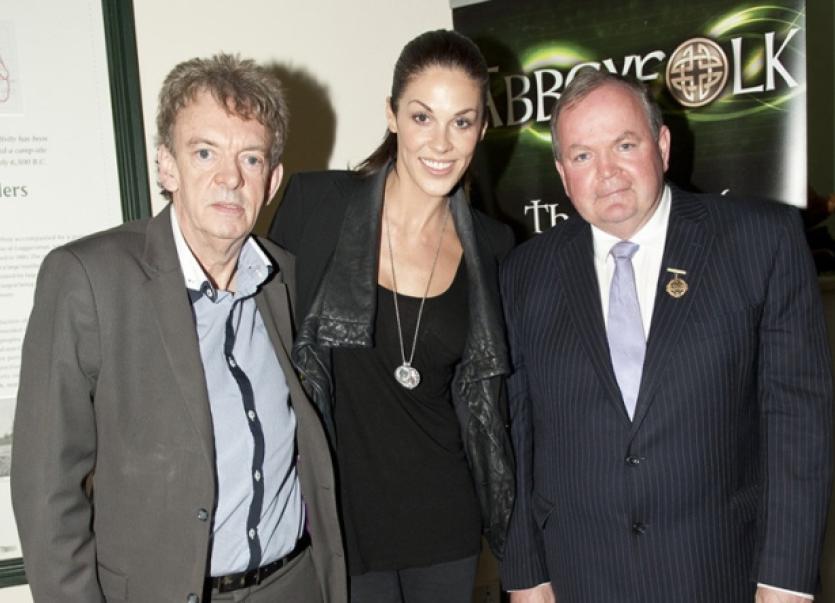 A large crowd of local business people turned up for a champagne - canapé reception supplied by Simon from Mac’s Steak & Wine Bar, Danny & Breda from Preston House and Ciaran and Sheila from Benny’s Bar to hear M.C. for the evening Glenda Gilson,” Expose TV3” fame who is involved in the website www.irishheritagetowns.com presided over the event .

President Liam O’Neill, Uachtarán CLG was the guest speaker. He commended the body of committed individuals who brought this plan to frutition, the support give to this group must be acknowledged and appreciated.

“Laois is now on the Map” and Abbeyleix will definitely achieve new tourism heights.

Some well known personalities attended, which included Patsy Watchorn who played with The Dubliners for over 15 year’s “a son of Abbeyleix”, celebrity photographer Brian McEvoy who you may have seen on Celebrity Come Dine With Me to name but a few.

Executive producer of the website Andy Ring explained the need for Abbeyleix to reach out to the diasporo to showcase the beautiful Heritage town of Abbeyleix and how it needs to be promoted outside Laois, considering it was one of only 26 designated Heritatge Towns of Ireland by The Irish Tourist Board.

Andy explained that Abbeyleix is the perfect pitstop for tourists travelling from Dublin Airport to the south. He also pointed out that if only 1% of tourists visited Abbeyleix and spent €20 it would be worth 1.5 million euro to the town.

The after-party continued into the late hours with music from local group Abbeyfolk and local dancers Damhsa Ó Chroi.