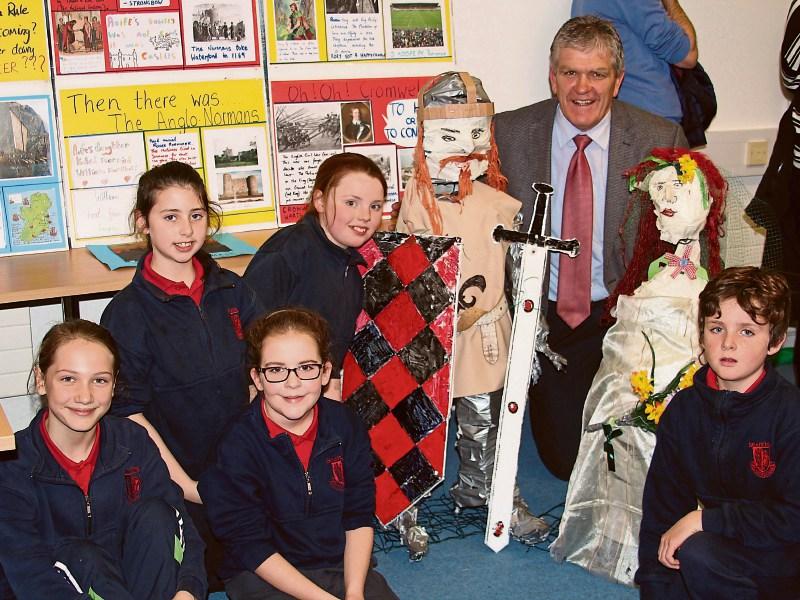 “‘Heritage is alive and well in midland schools” declared Laois Education Centre Director Jim Enright, speaking at their awards night for the 5th 'Heritage in Schools' competition held at the centre in Portlaoise on December 3.

Almost 100 projects were on display, including 31 craft projects, many of them intricate and creative models of Laois' historic buildings.

Taking part were 330 pupils from 23 primary and secondary schools from Laois, Offaly and north Tipperary, including 67 essays and projects on 1916.

Heywood CS won the first prize for secondary schools for an art project.

In the primary section, Paddock NS won for their art project, and Naomi Senior, St Paul's Mountmellick won for her essay.

Many other schools received 2nd and 3rd prizes.

The competition is held in partnerships with Laois Heritage Society and supported by Offaly Historical and Archaeological Society.

“The hands on approach required for these projects, where the students immerse themselves in using all the tools available to them for research including libraries, technology, site visits and interviewing, is surely the way forward in making it a living and useful subject. It helps to make us proud of the community and county in which we live,” said Mr Fennelly.

Jim Enright, Director of the centre, complimented the students for their hard work, and teachers and principals for their support.

‘These projects inform and promote an appreciation of the heritage and culture that often lies at our own doorstep. Between all the projects and essays we have a clear snapshot of our local history and heritage,” he said, thanking all involved, particularly Yvonne Lacumber, Local Course Administrator who had “almost single-handedly made the evening the success that it was”, and MC Paddy Bates.

“A big factor in the winning projects was how students explained them to judges. The panel was highly impressed both by the quality of the projects and the eagerness of pupils, from Juniors to Leaving Cert,” she said.