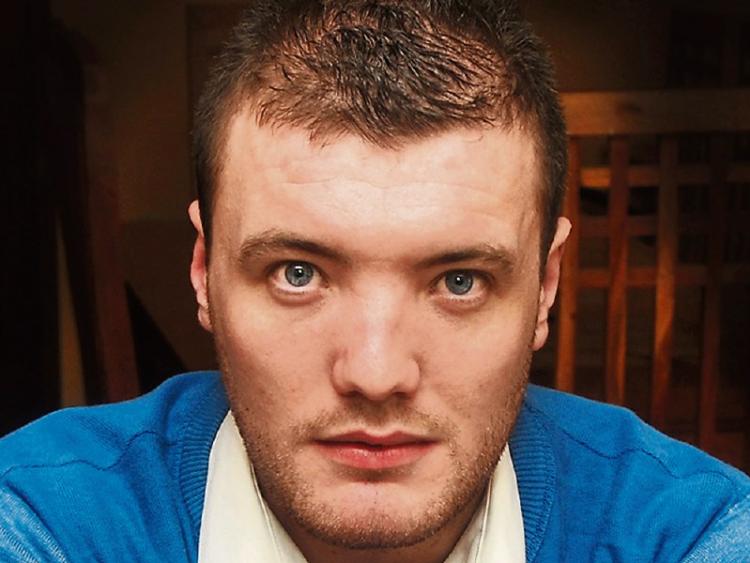 Daniel McDonald from Rosenallis is pleading with the HSE to fund a new wonder drug to treat his Cystic Fibrosis and give him a life worth living.

Daniel is aged 26 years but he does not expect to live much beyond 41. But, he wants to live as full as life as possible and the new drug called Orkambi could help him do so.

“I suffer from Cystic Fibrosis. A debilitating disease which affects various organs of the body but mainly the lungs, leading to premature death in many cases. I'm 26 years old with a life expectancy of just 41,” he said.

In the past year, he has spent three months on intravenous antibiotics battling severe chest infections, six weeks of those in hospita.

“Last September my lung capacity dropped to an all time low of 23%. My condition will continue to deteriorate and I along with other young Irish people will have my life cut short,” he said.

A son of Cllr Seamus McDonald, he has five siblings who luckily do not have Cystic Fibrosis. His mother passed away a decade ago.

Daniel completed his Leaving Cert in Mountmellick Community School, but his disease rapidly called a halt to his time in third level college.

“You try to normalise its crippling effects but it's a dire struggle. So many plans and ambitions have been diminished. To work full time or to attend college isn't feasible. I studied administration at college briefly but because of CF, that was brought to a shuttering halt,” he said.

He describes the effects of having CF.

“The high frequency of severe chest infections plagued my body, stealing energy and breath. The intensity of illness and constant interruptions at third level resulted in a decision to bring college life to an end,” he said.

It is “soul destroying”.

“My inability to complete further education or hold down a full time job is soul destroying, leading to depleted self esteem. CF works in a vicious cycle, taking no prisoners,” said Daniel.

Daniel has watched his school friends graduate and gain jobs, while he continues to battle illness, but he remains hopeful.

“I don't look on in envy when I see school friends achieving their life goals. Part of me wants to but I believe what's for me won't pass me by,” says Daniel.

He had harboured hopes of returning to college.

“I had every intention of returning to university to study Media Relations with the hope of a job but was once again deprived of this opportunity when I suffered yet more complications,” he said.

“Athletics appeals to me. I had great intentions of competing once upon a time but my hopes were dashed as my lung capacity decreased to worrying levels. When I have rare moments of reasonably good health, I tag along with friends and family to local GAA matches,” he said.

Instead Daniel channels his time at home into hobbies, including politics, other forms of exercise, charity work and creative writing.

For the first time, he and others have hope. A new drug that treats the underlying cause of CF has become available in Europe.

Called Orkambi, it targets sufferers who have two copies of the DDF508 (Cystic Fibrosis) gene. It has been shown to reduce lung infections by 40% and greatly limit the amount of time spent on IV antibiotics and in hospital.

Two Irish CF patients who took part in the Orkambi trial showed remarkable improvement from CF symptoms and were able to lead normal lives for the first time ever.

“Myself and approximately 600 other CF patients in Ireland are eligible for this groundbreaking new treatment which has been hailed as a "game changer" by Philip Watt, the CEO of Cystic Fibrosis Ireland,” said David.

Last December, the Director General of the HSE, Tony O'Brien, stated that the HSE would not fund it.

“Our hopes were shattered,” said Daniel.

It is estimated that the treatment will cost €160,000 per patient, per year. This brings the total annual cost to approximately €92 million.

Orkambi will now undergo a rapid review within the National Centre for Pharmacoeconomics.

“It is likely that a Health Technology Assessment will then be required to further assess the drug regarding cost effectiveness and overall benefit to the patient. However, due to the cost, it is most likely that Orkambi will fail,” Daniel predicts.

The Health Minister Leo Varadkar has stated "If it gets to the point where the drug gets through the process and gets approved by the NCPE and the National Drugs Committee, then I will go to the Government and seek more money to approve it".

However Daniel believes Minister Varadkar knows this will not happen.

“I hold the opinion that Mr. Varadkar is very much aware that Orkambi will likely fail the Health Technology Assessment,” he said.

Money should not be the main factor he said.

“There should not be a price on life. I realise drug companies have to recoup costs from the development of these new medications, but they have to be realistic when it comes to patient access. CF patients would rather see negotiations between the HSE and the drug company having a positive outcome, resulting in a reduction of the price of Orkambi. If this drug fails to enhance my life, then I will hand it back rather than waste essential resources,” he said.

Daniel says he is ”tired of putting my life on hold”.

“I spend over three hours a day taking treatments to alleviate the symptoms of Cystic Fibrosis. This isn't even a guarantee of prolonged good health because my efforts will be in vain. I will still end up battling constant chest infections and enduring long hospital stays which will lead to my eventual death sooner rather than later,” the young man said.

He is pleading for a chance to finally feel well.

“I can't even hold down a job because of regular illness. ”I simply ask that I and fellow CF sufferers be given a chance at leading a normal life without constant interruption and fear of the road ahead,” David said.

With campaigning for the general election well underway, his message to politicans at his door is simple.

“My request is that patients have access to new medicines. The HSE needs to approve Orkambi. Surely that isn't too much to ask,” he said.