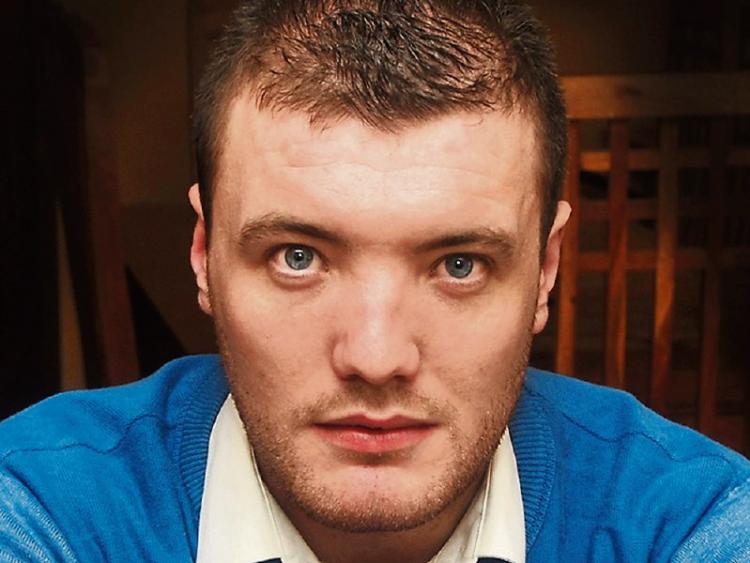 Daniel McDonald, from Rosenallis was diagnosed with Cystic Fibrosis at birth.

Now 27-years old, he has lived with the condition throughout his life.

As part of Cystic Fibrosis Awareness Week (April 11-17) Daniel is keen to highlight his own story.

The build up of unusually, thick, sticky mucus due to a faulty gene results in clogging of the lungs - the pancreas are also obstructed.

Around 1,200 adults and children live with the condition in Ireland. Average life expectancy here is approximately 38.

Daniel's family initially found themselves in a state of perplexity with the diagnosis. His five other siblings were miraculously unaffected by the condition.

After a happy, carefree childhood, the condition struckat the age of 13 when he was admitted to hospital after experiencing a severe haemoptysis (lung bleed), a common complication of CF.

“A mild benign cough suddenly resulted in large volumes of fresh blood gushing like a fountain from my lungs.

“Suddenly, without warning - at just 13 years old - you're forced to confront your looming mortality.”

The next major episode of CF in Daniel's life occurred in September 2015.

“I was unfortunate enough to become the latest victim of a debilitating flu epidemic which appeared insidious initially.

“However, the virus penetrated my lungs - abruptly resulting in my body disintegrating in the form of a lead balloon.

“A cocktail of intravenous antibiotics in combination with tread mill running - assisted by supplementary oxygen was the ultimate remedy.

“Today, I adhere to a strict routine consisting of various nebulisers with additional airway clearance - along with a mammoth quantity of pills. Being compliant with secreting mucus from the airways is a fundamental must in Cystic Fibrosis.

“Running intermittently in conjunction with an emphasis on airway clearance is also incorporated into the daily routine.

“Supplementary oxygen is no longer required during exertion - therefore free to pound the pavements and thread mills unaided - without the mental anguish of blood oxygen saturation decreasing to low levels.

“CF is not the alarming death sentence it was once interpreted. Yes, it poses huge challenges and is defined as a life-limiting illness - but I will defy the general consensus that exists relating to thecondition.

“Somehow you reconcile yourself to a terminal prognosis - taking it in your stride.

“I refuse to acknowledge that I have a soon to be expiry date. Patients are surviving longer than ever with advancing new innovative medicines.

“Soon, I hope to access a new drug therapy combination known as Orkambi that has potential to enhance and prolong the life of those with CF. In the interim, whilst awaiting new treatments - it is critical to endorse a positive and buoyant approach to life as a person with CF.”