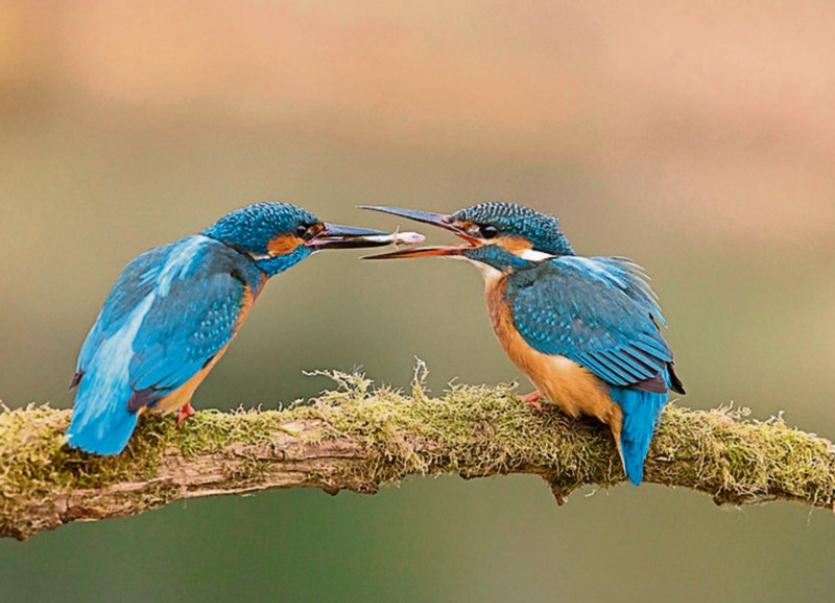 On Saturday May 14th Mountmellick native Dominic Reddin was awarded a Fellowship from the Irish Photographic Federation in Mullingar at their Distinction sitting.

The Fellowship is the highest distinction awarded by the IPF and is normally awarded for distinguished ability/style in a specialist area of photography. To gain the F.I.F.P. Distinction a panel of 20 images is required to be assessed by a panel of assessors to see if the body of work reaches the required standard to permit the Fellowship to be awarded.

Dominic presented his panel on the shy and elusive Kingfisher, the fastest and most stunningly beautiful bird of Irish rivers, showing the kingfishers doing what they do best, fishing for minnows. The panel of images capture the story of Kingfishers from flying, fishing from perches, to diving, catching fish underwater and then their re-emergence and feeding behavior.

He also also captured what is known as 'the fish pass' which happens only after a pair of Kingfishers successfully build a nest by digging into mud banks on the river. Only then will the female accept fish from the male to signify she is ready to mate.

Over a period of four years Dominic has been photographing kingfishers in both the United Kingdom, and here in Ireland in Co. Laois on the Barrow River.

For hours on end and sometimes for days he sat patiently waiting to hear their familiar call and watched them and managed to photograph them which eventually resulted in a stunning panel of images been put together for to reach the Fellowship Standard.

The Fellowship awarded to him however is his most distinguished and personal achievement and one he says has been such a great relief to have finally achieved.

“My intention with this panel was to show a photographic portfolio of the daily fishing behaviour of Kingfishers, that can only be fully appreciated in the quiet but exciting moments that I have enjoyed while capturing them through my lens.

On Saturday May 11th the Irish Photographic Federation will host a Judging Workshop in the Dunamaise Arts Centre, There will be presentations by guest speakers Stan Miller, from Scotland, and by Des Clinton from the IPF.

It will have special interest for anyone who is interested in judging & clubs intending to develop their members as judges.

Further information can be found over on the IPF Website: www.irishphoto.ie