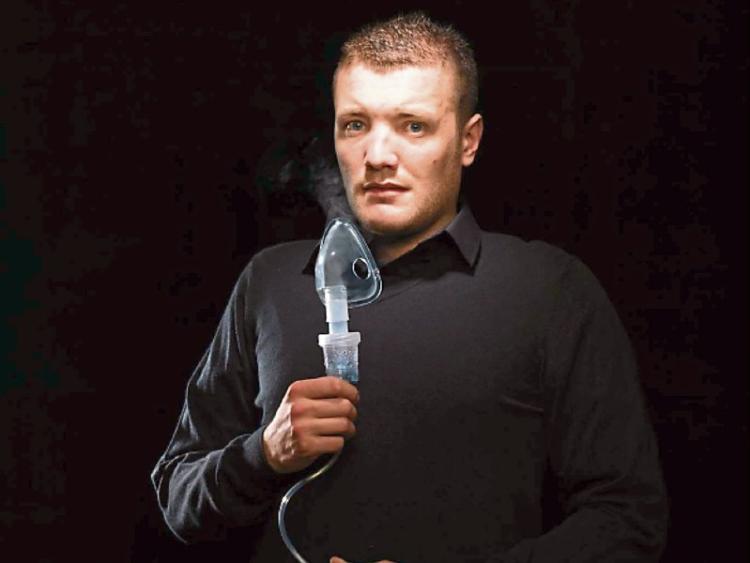 Rosenallis Cystic Fibrosis sufferer Daniel McDonald is the face of a nationwide poster campaign to pressure the Health Minister to negotiate a lower price and buy a drug for CF.

Out of about 1,400 Irish people with the life shortening disease, 500 people have the compatibal type, Double Delta 5508, that could potentially respond dramatically to the new drug Orkambi.

Daniel, 26, had to leave college due to his illness but he could benefit from the drug..

However, the price set by the American drug manufacturer Vertex, €158,000 per patient per year, was rejected by the HSE last week.

“The hope now is that the company has agreed to engage in negotiations over a price reduction. We don’t know how long that will take, but I hope the price gets lowered and I get access to it. It is a very uncertain time,” Daniel told the Leinster Express.

The Government's hope of cutting the price down to €30,000 is “extremely unlikely” Daniel believes, but he agrees that the current price is “completely unacceptable”.

The poster features his face with the emotive message “Minister, please don’t put a price on my life”.

“The advertising agency Rothco is doing it for free because one of their employee’s daughters has CF,” Daniel explained.

While Orkambi has had dramatic results for some of the seven Irish people undergoing a trial, the results are not guaranteed.

“It is very individual, I wouldn’t know until I tried the drug, it may be very good, or it may be minimal,” he said.

The HSE has argued that funding the drug would take money away from cheaper services that help lives, such as elderly surgeries.

“I would answer that by asking them to look at how much CF patients cost the exchequer with long stays in hospital and intravenous antibiotics. One night in hospital can cost €2,5,000, it all adds up,” he said.

While he has said his life expectancy is to the age of 41, Daniel is well at the moment.

“My health has stabilised, I haven’t been in hospital for a year, I am study ing part time and hope to get a job,” he said.

He asks Laois TDs to help.

“I would ask Minister (for Foreign Affairs) Charlie Flanagan to actively advocate on our behalf, and Dep Sean Fleming as a member of Fianna Fáil can also put pressure on to make a positive recommendation,” said Daniel.