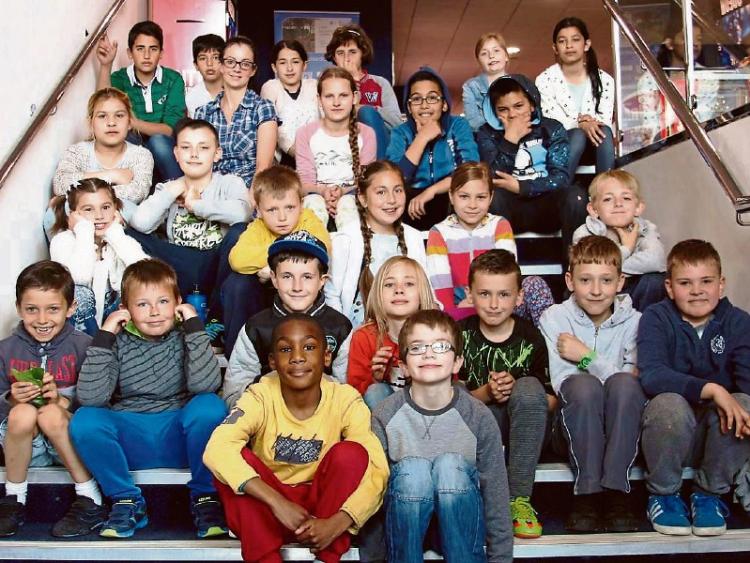 Laois' budding film makers attended a screening and awards ceremony for their own movies in the Odeon Portlaoise last month.

Together with pupils from Offaly and North Tipperary, over 300 students from junior infants to 6th class, enjoyed their moment on the big screen after taking part in the Film in Schools annual project, supported by Laois Education Centre.

Ten films were shown, with four Laois schools making five of them.

First up on the big screen was 'An Exciting School Day', by first class students at Scoil Mhuire NS Portlaoise.

The plot involved three children who find a magical school diary. When they open it, they are transported back in time to an old classroom, where they must find the diary and their way back.

Portlaoise Educate Together NS had two films. Senior infants made 'The 1916 Rising'.

This opened with a dramatic scene in 1914 at the British House of Commons where leaders engaged in a heated debate about Home Rule. The children acted out the events when Ireland failed to gain independence and the seven leaders meeting in secret to plan the rising.

Educate Together students from 3rd to 5th class set their film 'Holiday Time' in Prague in the Czech republic. Four friends meet and chat about their holidays in Poland and Slovakia and the great things they have seen. All the students who made the movie moved from Eastern Europe to Ireland, and are now learning English.

Sixth class boys from St Patrick’s BNS, Portarlington made a film titled 'School of Trad'. It charted the story of Luke Kelly, a regular visitor to the school detention room, who receives an email from the President of the USA.

The boys immediately see an opportunity to escape the boredom of detention and school.

'Operation Fit-Formation' was made by the the students of third class Scoil Mhuire NS, Portlaoise.

This year, the class was working on healthy eating and fitness, and so decided to base their film on the TV series Operation Transformation. Their film followed five very different leaders who all wanted to get fit and have some fun, finishing with a fitness challenge with some interesting obstacles.

Five more movies followed from schools in Roscrea, Birr, Tullamore and Ballinamere, ranging in subjects from global citizenship, a rogue teddy bear, the big bad wolf on trial and robbers in a supermarket.

The final film screened was by students from Shanganamore NS, Barrowhouse in Laois.

He had organized for a half day off work for Easter Sunday to bring his family for a rare day out but the Irish Citizen Army had other ideas.

James was stationed outside Dublin Castle and became the first fatality of the 1916 Easter Rising.

After the screening, an Oscars-style awards ceremony took place.

Laois Education Centre piloted FÍS in 2000, continuing it since, and is one of the few centres to show the movies in the local cinema.

Director Jim Enright acknowledged the “wonderful work, dedication and commitment” of the schools, and the quality of their films.

“FIS has grown from strength to strength over the years and our team will continue its support and encouragement for the many schools in our catchment area,” he said, thanking his colleagues for their supportive work.