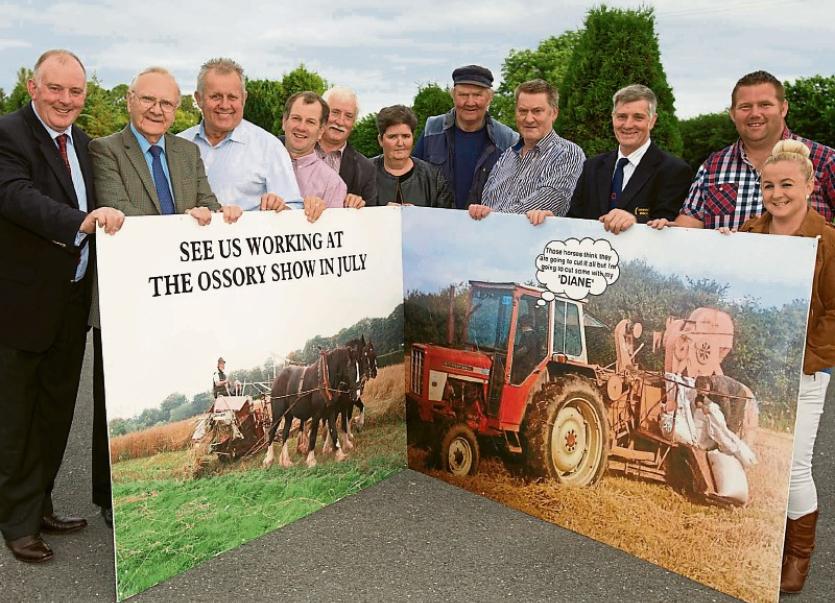 All roads will lead to Coolfin Cross, Rathdowney next weekend when the Ossory Show will take place at the Showgrounds on Sunday, July 17.

Now in its 118th year, this year marks a new chapter in the show's history with proceedings getting underway at 5pm on Saturday, with a barbecue in the showgrounds. There will be a bar and music by Noreside.

The Saturday evening event sets the scene for the main event on Sunday, when Show day commences.

A new addition to this year's Ossory Show is the Truck Show which gets underway on Sunday. Also among the vehicular attractions will be vintage cars and a tractor show. Harking back to the past, corn will be cut on the day.

The special guest on Sunday will be Senator David Norris, who will officially open the Show. Senator Norris is well known and a frequent visitor to Laois, having had family connections in the Mountrath area.

The Ossory Show has built up a proud and well earned tradition over the years for the range and quality of the exhibits which it hosts.

This includes everything from the Livestock classes to arts and crafts.

The work, dedication, commitment and pride that goes into the largest and smallest exhibit is apparent to all on show day.

The Livestock section has formed the backbone of the show. The Cattle classes will include Limousins, Herefords, Salers, Angus, Charolais, Simmentals, and Belgian Blue.

Aside from the Cattle, other livestock sections will comprise Sheep, Horses, Pigs and Poultry.

Local produce is well catered for in areas like Baking, Jams, and Vegetables.

The Arts and Crafts sections includes Photography, Crafts and Flowers.

The ever popular Dog Show will also take place. One of the flagship events of the day is the Working Hunter Championship, drawing participants from all over the country.

The Ossory Show is above all a family day out, and family entertainment incudes a donkey derby, a tug-o-war, and amusements for the children.

Entries for all competitions will be taken on the grounds from 2pm.

Charity donations on Show day are being made to the Cuisle Centre and local Meals on Wheels.