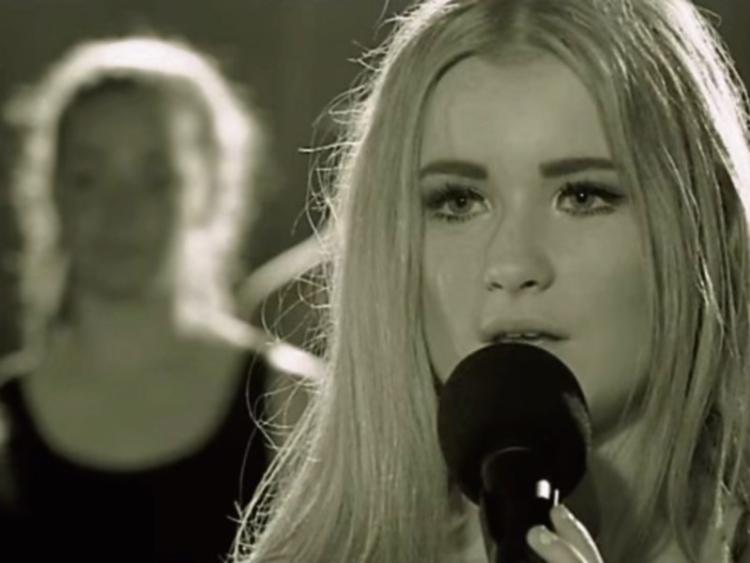 Portarlington teen Shannon Bryan is the stunning voice behind Coláiste Lurgan's latest Irish cover song, and she is overjoyed at the positive reaction.

Singing Adele’s Hello 'as gaeilge', and backed by a spine tingling choir of singers and dancers, the performance has gained almost 400,000 Youtube views in just over a week.

Shannon, from Gracefield, Portarlington, is a Junior Cert student at Coláiste Iosagáin.

She recorded the song while attending the Galway gaeltacht college last summer.

“I had always loved their videos, and singing is something I want to do, so I took the opportunity and auditioned,” she said.

Shannon got the callback for a solo audition, and was thrilled to hear she was chosen.

She was first coached on pronunciation and meaning for the translated version o the song, which many have commented sounds even better in the Irish language.

“We recorded the song in the studio, and then shot the video over a couple of hours, I was so excited. It was the best time I ever had, and my Irish has really improved too,” Shannon said.

Back in Portarlington Shannon regularly attends singing lessons in BSharp studios, with her teacher Conor Mitchell and Keith Bracken.

She is determined to make singing her career.

“I would love to perform in front of millions of people, I wouldn't say no to any opportunity that comes along, singing is something I adore,” said Shannon, a daughter of Lisa and Conor Bryan, with little sister Kayla, 6, her biggest fan.

“They are great, they have no fears, they just go out on stage and kill it,” she said.

For now she is busy rehearsing her next gig, as the lead Sandy in the school musical Grease, while she hopes that the Coláiste Lurgan song might make it to the Late Late Show.

“It would be a great experience,” she said.

Shannon is not the first local to star in the gaeltacht's videos. Cian McGearalt from Portlaoise sang in last summer's 'Cheerleader'.