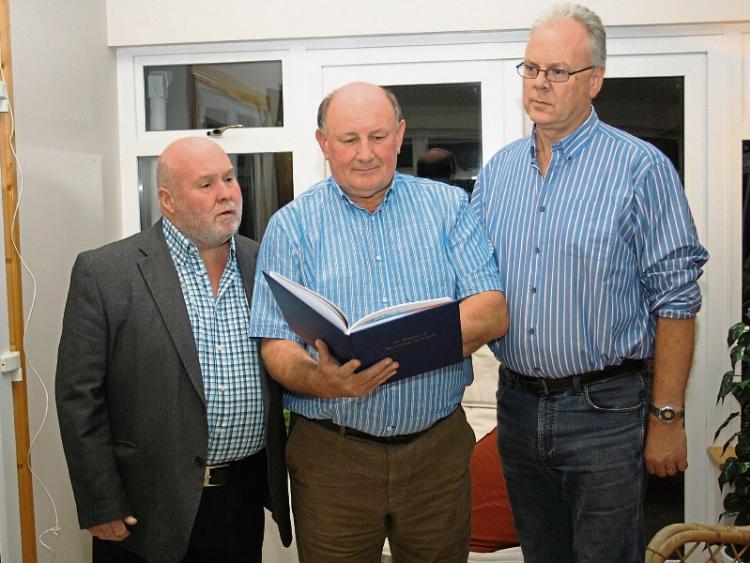 Laois' 39 gun clubs have combined forces on a new book that is set to be an essential guide for fans of game shooting across Ireland for years to come.

'50 years of Shooting in Laois' by Laois Regional Game Council sets out in detail how to rear and manage game, protect its habitats, grow game crops, control vermin and use gun safety.

It even includes recipes, along with biographies of every club in the county.

It will be officially launched this Wednesday October 5 at 8pm in the Abbeyleix Manor Hotel at by the chairman Joe Hosey.

“Over the years the shooter has changed from being a hunter-gatherer to a conservationist and carer of the countryside, and with this in mind we can progress for the next fifty years,” he says in the book.

The club reached the half century mark in 2013, but the matter of compiling fifty years of photos, stories and wisdom in the book, took a little longer to complete.

There are about 900 members of gun clubs in Laois, reckons Stephen Lynch from Mountmellick Gun Club, who is vice chairman and game development officer.

“We are all about proper respect for the sport. Watching your dog working, if you take a bird or two, you prepare it, cook it and appreciate it, all within the laws of the wildlife act. Anything that is shot is eaten. We do get a lot of bad publicity but we are completely against cruelty. It is not killing for killing’s sake, but if people feel that they can always do clay pigeon shooting,” he said.

With many preserved lands around Laois, he believes they have saved some habitats for native wildlife.

“Some species would have been lost, because of intense farming methods. In Mountmellick for example we have a seven acre site conserved on the bog, with a lot of insects and wild birds on it. only for us they might not be there. We are all about conservation and respecting wildlife, with many farmers among our members,” he said.

The clubs also help to keep vermin like mink and magpies under population control he said.

“Magpies are trapped and culled. They will comb a ditch, taking eggs out of songbirds nests. Mink clean out anything on the ground, so birds that nest in grass don’t stand a chance,” he said.