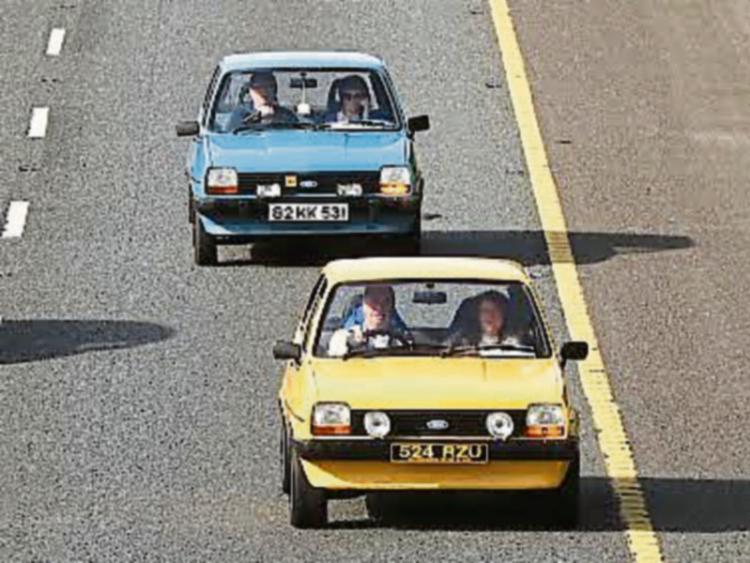 Following a nationwide search, Ford Ireland has crowned a 1978 Ford Fiesta owned by John Egan (from Tuam, Co. Galway) as the oldest Fiesta in Ireland.

The search for the oldest Fiesta is part of Ford’s celebration activities to mark 40 Years since the 1976 launch of the Ford Fiesta in Europe.

The unveiling of Ireland’s oldest Fiesta took place at an action-packed celebration of 40 years of the Ford Fiesta which was held at Weston Airport (near Lucan).

The event featured The (former) Stig from the Top Gear programme, Ben Collins, demonstrating the handling and capabilities of the all new 200 horsepower Fiesta ST200.

The event also brought together some 40 Fiesta enthusiasts from across Ireland who drove in a range of old and new models in a convoy of 40 Fiestas along the M4.

“The Fiesta has been part and parcel of growing up in Ireland over the past 40 years with practically every household having its own connection with the car”, commented Ciarán McMahon, Chairman and Managing Director of Ford in Ireland.

“What a great way for us to celebrate that rich legacy by crowning the oldest Fiesta in Ireland on the same day that we see, for the first time, the exciting all new Fiesta ST200 – the old and the new of Fiesta in one snapshot”.

Speaking about the honour of being named owner of Ireland’s oldest Fiesta, John Egan said:

“I am delighted that my car was named Ireland’s oldest Fiesta at the event – I have always loved the Ford Fiesta and as you can see with my car, it is a labour of love for me keeping the car in tip top condition.

“It was my ‘every day car’ up to quite recently, but now I only bring the car out to shows and practically every weekend, it is on show somewhere in the country.”

“You’ve got to love the Fiesta – it’s a cracking little car that has succeeded in staying popular by always changing with the times.

“ The latest member of the Fiesta family, the all new Fiesta ST200, which I drove today, puts a giant grin on your face and I'm sure that Fiesta enthusiasts will really enjoy owning and driving it."

Participants at the event had the opportunity to ‘ride along’ with Ben Collins during his thrilling demonstration drives in the Fiesta ST200.

The Ford Fiesta has sold more than 17 million units around the world since its launch in 1976.

In Ireland, some 180,000 Fiestas have been sold giving it a rightful claim to the country’s longest-standing and favourite small car.